MIDAS SHARE TIPS: Tell Sid to sit tight on those Centrica shares which are now yielding more than 8%

‘Tell Sid’ was the best-known privatisation ad campaign of the 1980s, persuading legions of people to become British Gas shareholders.

Anyone who kept their stock from that time now owns shares in National Grid, Royal Dutch Shell and Centrica, following a complicated series of demergers and acquisitions.

But Centrica still owns British Gas, the UK’s biggest domestic energy supplier, and there are still 675,000 individual shareholders in the company. Over the past 32 years they have done well. 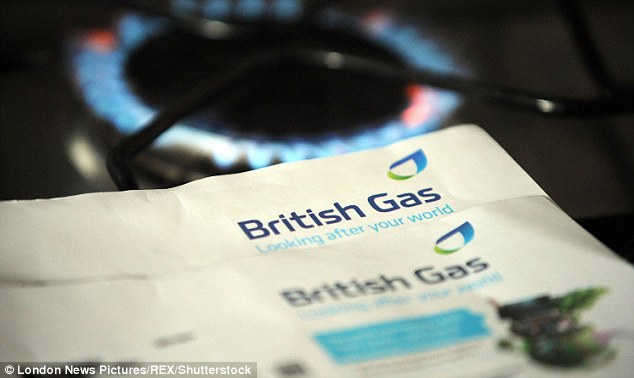 Centrica still owns British Gas, the UK’s biggest domestic energy supplier, and there are still 675,000 individual shareholders in the company.

More recently, however, the performance has been unimpressive. In 2013, the price was more than 400p and the dividend was 17p. Today the share price is 143½p, while the dividend has been maintained at 12p for the past three years.

Interim figures, released last week, suggest the company is still suffering. But there may be light at the end of the tunnel.

On the downside, group profits were 4 per cent lower at £782 million. There are now 70 energy providers in the UK, and in the first six months of 2018 alone, British Gas lost 270,000 customers to these rivals.

Later this month, a price cap is expected on standard variable tariffs, imposing more pressure on the UK business, and Centrica’s US division is under pressure too.

Yet, there are bright spots. Fewer than half of British Gas customers are on the standard tariff nowadays and the desertion rate has slowed from last year.

Centrica is also flirting with new technology, including the Hive hub, which replaces traditional thermostats and allows users to control heating and lighting remotely and monitor movement in the home.

Centrica’s exploration and production division – admittedly only small – saw a 357 per cent surge in profit. And Conn expects to maintain the dividend at 12p this year, combating fears that the payout may be cut.

Midas verdict: Centrica has been a sorry investment story in recent years, but now is not the time to sell, not least because the shares are now yielding more than 8 per cent.