The average washing machine uses 70 litres of water per cycle and commercial machines use far more. With drought a growing issue and water prices rising worldwide, these figures matter for both households and businesses.

Xeros Technology has developed a way of reducing water usage in washing machines by up to 80 per cent and the group has just signed a major licensing deal with Sea-lion, one of the leading manufacturers in China. Xeros shares are 69p and should rise as the company completes more such deals in commercial and domestic markets around the world.

Xeros was spun out of Leeds University in 2006 and has spent much of the past 12 years working on its pioneering technology and trying to turn a great idea into a profitable business. Now, chief executive Mark Nichols finally seems to be making meaningful progress. 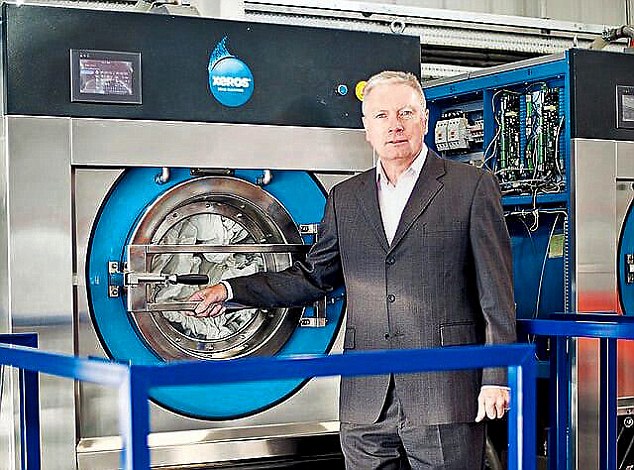 The technology revolves around so-called XOrbs, small round polymer beads that last for a thousand cycles and mechanically remove dirt, stains and stray dyes.

Water usage is substantially reduced, less detergent is required and the machine can operate at lower temperatures.

Clothes and other textiles last longer and garments even need less ironing when washed with these little baubles.

The benefits have been proven, but big manufacturers take a lot of convincing, so Rotherham-based Xeros spent years selling washing machines with its technology built in. Top hotel such as the Hilton in Universal City, Los Angeles, now use these machines and have seen their water bills, detergent costs and machine replacement rates come down significantly.

At heart, however, Xeros is a technology company, not a washing machine distributor. So Nichols’ intention is to move towards a licensing model, signing deals with big manufacturers and receiving a fee every time they sell a machine.

The China transaction is the first such contract and was introduced last week at a Chinese laundry exhibition. Other deals are expected this year and beyond.

The group’s technology has other applications. Firefighters’ uniforms, for example, cost about £2,000 each. Washing them with XOrbs helps them last longer and removes toxins, which should boost firefighters’ health and wellbeing.

Tanneries are also starting to use the technology to cut the amount of water they consume and the effluent they generate when producing leather. Nichols is even in talks with jeans makers to see how XOrbs can help denim production.

Midas verdict: Xeros joined Aim in 2014 at 123p. The shares hit 300p in 2015 and again last year. They have slumped since then, as shareholders have grown tired of waiting for the business to deliver licensing deals and move towards profitability. Profits are unlikely to materialise for the next three years but new deals should be forthcoming, and with increasing frequency. At 69p, the shares are a buy for adventurous, long-term investors keen to back a British technology pioneer.