Hundreds of thousands of pounds are being knocked off the asking prices of properties valued around the million pound mark as the top end of the housing market cools, it has been revealed.

The trend is particularly pronounced in London, where values tend to be higher and £1million often doesn’t extend to much more than a two or three-bedroom flat in some areas. Discounts of up to 50 per cent can be found, according to estate agents.

Experts claim the decreases in the capital are having a so-called ‘ripple effect’ on the traditional commuter belt of the South East, where values are also slowing. 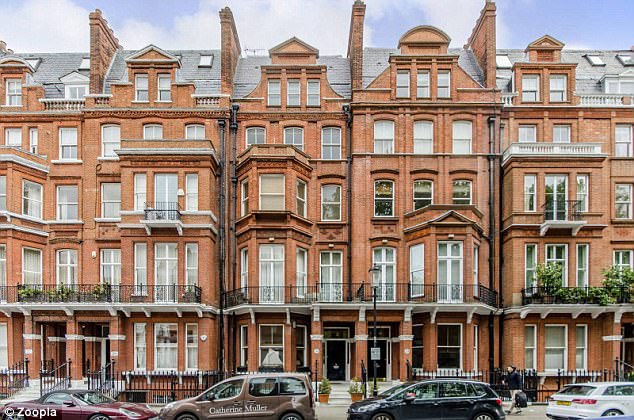 A 50% discount! This two-bedroom maisonette in London’s South Kensington is for sale for £685,000 via estate agents Foxtons, having first been advertised in May this year for £1,275,000 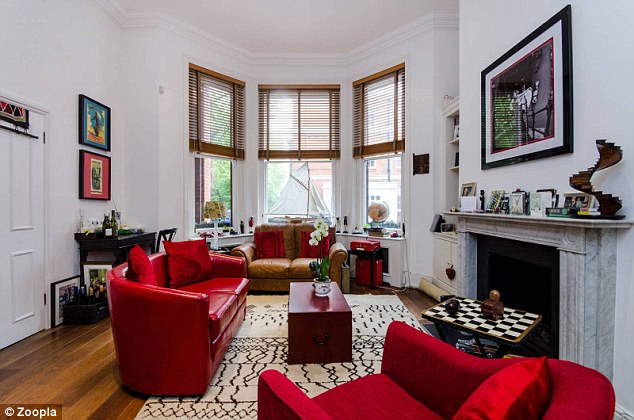 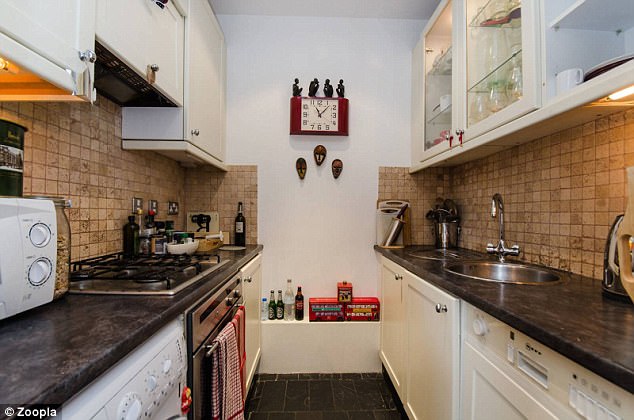 A compact space: The small kitchen has white units with contrasting black worktops and brown tiling

The latest house price data from Nationwide Building Society revealed that house prices in London have fallen for the first time in eight years.

Nationwide’s chief economist Robert Gardner explained how house prices across the UK have converged in recent quarters, saying: ‘Annual growth rates in the south of England have moderated towards those prevailing in the rest of the country. London has seen a particularly marked slowdown.’ 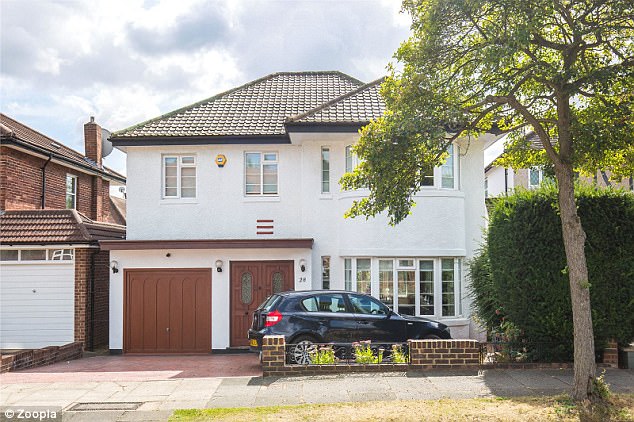 This four-bed house in North London’s Whetstone was first listed for sale a year ago for £1.2million, but now has an asking price of £900,000 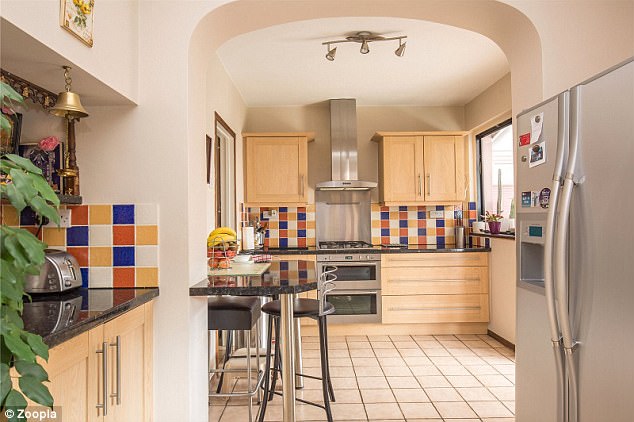 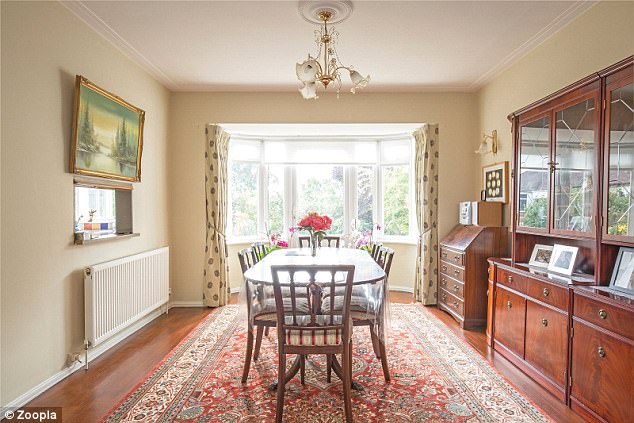 Housing market commentators suggested the falls presented an opportunity for buyers to find a bargain, especially if they’re are looking for a discount on a luxury home.

Lee James Pendleton, of estate agents James Pendleton, said: ‘London has been the torchbearer of quite unbelievable growth in recent years but it has been an overvalued market for at least the last three. This shows sellers and agents are becoming more realistic.

An era of cheap borrowing has seen buyers refuse to be intimidated. But that period of bravado now seems to have come to an end

He added: ‘The most surprising thing of all is how the capital managed to keep up its march skyward for so long. There have been so many headwinds but an era of cheap borrowing has seen buyers refuse to be intimidated.

‘That period of bravado now seems to have come to an end as the capital’s fortunes diverge from those of every other region.’

Nicholas Fine, of Garrington Property Finders, agreed, saying: ‘The London market’s shift from blistering price growth to stagnation and now gentle decline has been gradual, but it’s no less remarkable for that.

‘Of course the capital’s gravity-defying, double-digit rates of annual price growth were always going to be unsustainable.

‘The softening of prices was initially led by the capital’s prime market, which was knocked sideways both by Brexit and in the wake of the introduction of higher rates of stamp duty for high-value homes.’ 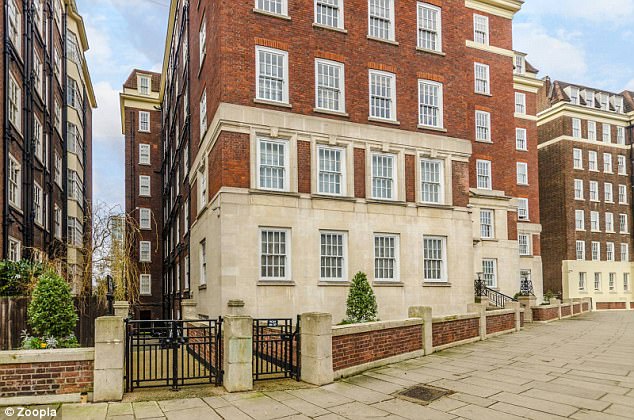 This three bedroom flat in London’s Kensington was first put on the market a year ago for £1.2million and has since seen its asking price drop to £895,000 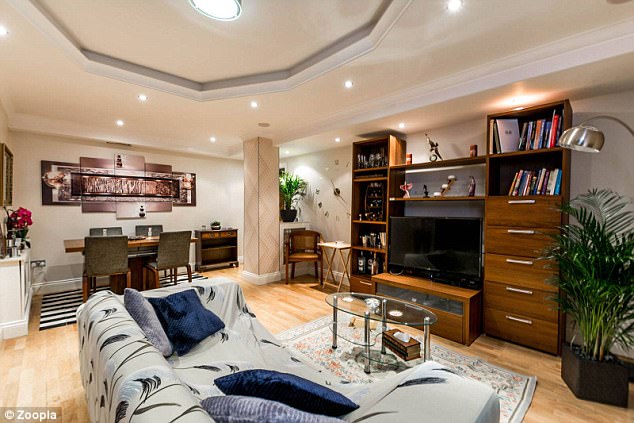 The £1.2million flat is set on the lower ground floor of a block near Kensington High Street 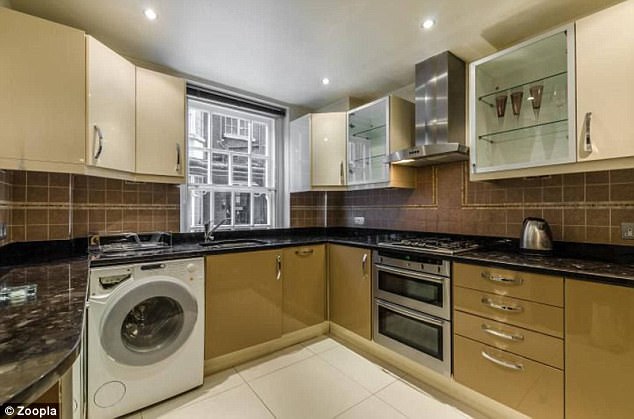 The number of homes for sale above £1million that have dropped their asking prices has nearly doubled this year, according to estate agents Savills.

It also blamed the shift on concerns from buyers about the effect Brexit negotiations could have on the economy and the impact of the overhaul of stamp duty.

The changes to the tax in 2014 means those with homes costing more than £937,000 pay more in stamp duty than under the previous system.

Areas in the North, where values tend to be lower, have been less affected.

Brian Murphy, of Mortgage Advice Bureau, said: ‘Regionally, house price growth is levelling, with London prices seeing their first decrease annually in eight years, which has had a ‘ripple effect’ on prices in the traditional commuter belt of the South East, where we can also see growth becoming muted.

‘However other areas of the country, such as the South West, East Anglia and particularly the East Midlands are seeing prices and demand continue on a strong market trajectory, signally continued consumer confidence.’

‘With growth in most of the UK still in positive territory, a continued lack of stock in many areas and a lot of motivated buyers still looking for property to purchase, the market is in good shape overall and, all things taken into account, may well continue on its current course over the remaining months of the year,’ he said. 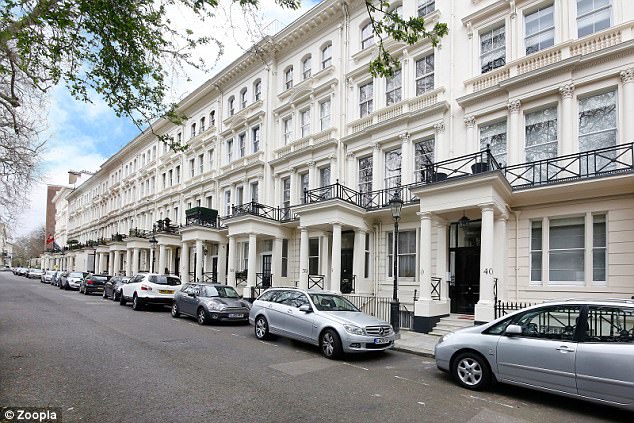 This one-bed flat in London’s exclusive Knightsbridge was first listed for sale earlier this year for £1.3million and has since been reduced in price to £950,000 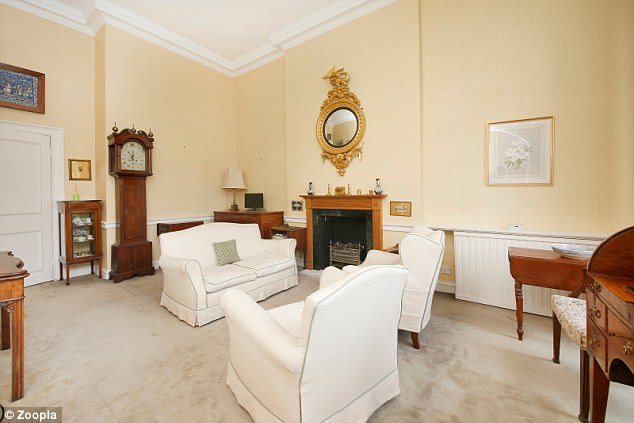 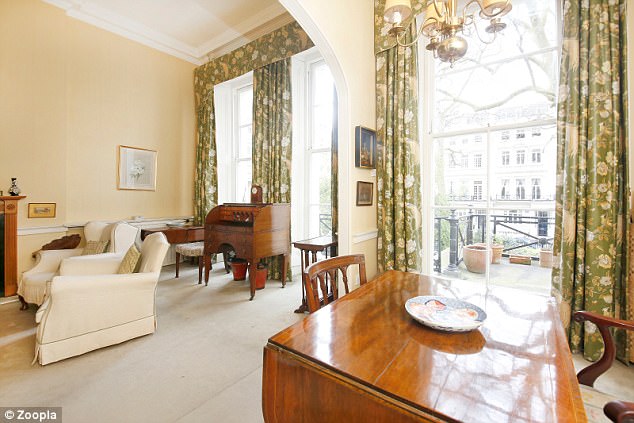 Henry Pryor, who acts to find and negotiate deals for buyers, said: ‘There’s no cost when setting a guide price, you can ask whatever you want but unlike the market of 18 months ago this is now very definitely a buyers’ market.

‘I’m seeing deals in London agreed not just 10 or 15 per cent below the original asking price but 25 to 30 per cent – and not just in the centre of town where the prices were highest.

‘I can’t recall a market full of such opportunities and I expect this winter that many buyers will lay down the foundations of their future property fortunes,’ he concluded. 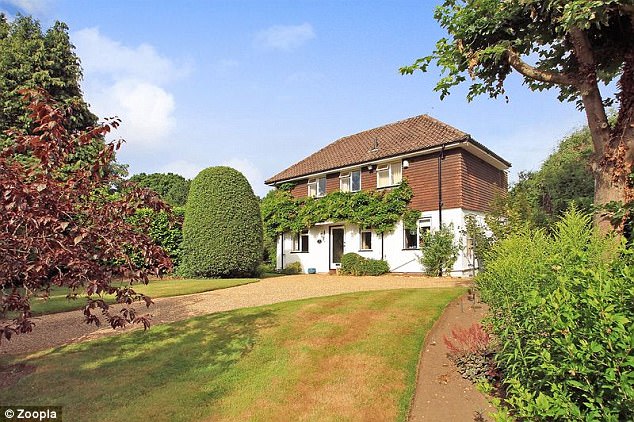 Asking prices are also being slashed outside of London, with this four-bed house in Guildford seeing its price tag cut from £1.1million to £975,000 in the past six months 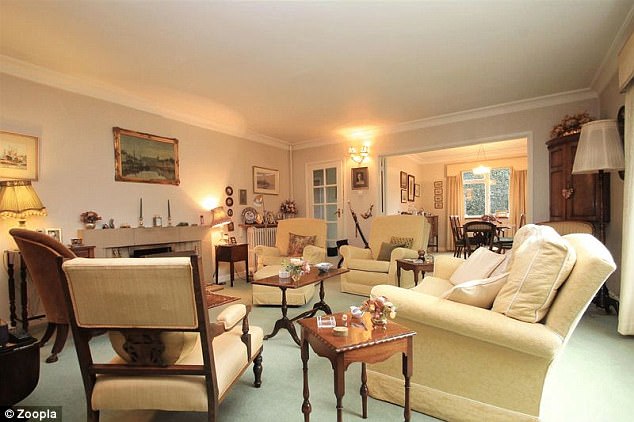 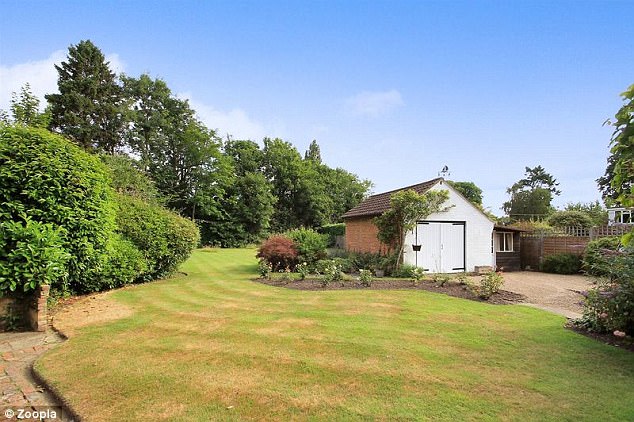 The Guildford house has a large garden, a detached garage and parking for several cars