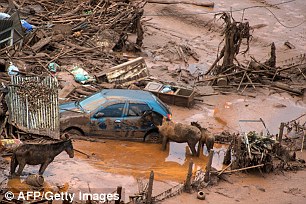 BHP has been granted an extra 66 days to negotiate a £34billion fine stemming from a mine disaster three years ago.

The second extension granted by a Brazilian court gives the mining giant until June 25 to thrash out a settlement with prosecutors.

Nineteen died and towns were inundated with flood waters after a dam, designed to hold back mine waste, burst on November 5, 2015, causing Brazil’s worst ever environmental disaster.

Millions of cubic metres of iron ore mining waste flattened the town of Bento Rodrigues and damaged other villages.

There was no warning system in place, meaning people had just minutes to escape.