More and more houses are coming from office block conversions

Rapidly changing lifestyles are affecting our High Streets dramatically. It’s bad news for business but might it be good news for homeowners.

Could those redundant shops and offices become happy homes?

When it comes to conversions, no building is out of bounds. The Church of England calculates about 20 of its churches are sold off each year – most become homes; since 2010 more than 450 libraries have closed across Britain; 2,900 bank branches have shut in the past three years; and Network Rail intends to sell off 4,455 arches. 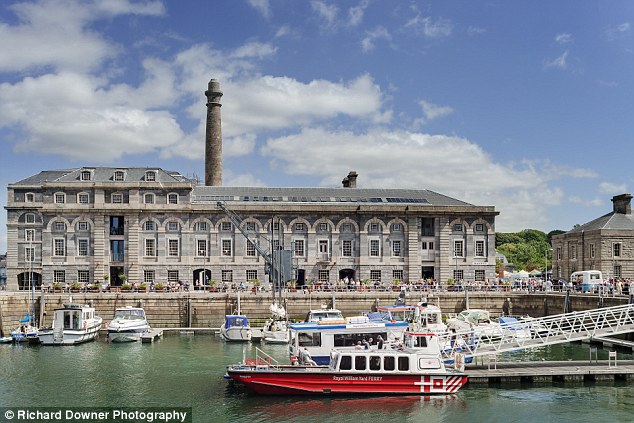 Waterfront: The scramble for new housing has led to more inventive ways to create homes

There are opportunities galore for those with imagination.

In Margate, Kent, the promenade loos are for sale with proposals to build a three bedroom, two bathroom home. It’s priced at £290,000 (struttandparker.com) – before demolition or conversion costs.

Also in Kent, Canterbury has seen substantial change with plenty of buildings becoming redundant and ripe for conversion.

‘Turning offices into swanky flats is a big draw for a growing town looking for flexible housing solutions.’

While almost any building can be converted, there are practical constraints. Some old stores have to be gutted as their ceilings need space for air conditioning, improved fire prevention features and more wiring.

Planners usually insist banks have their security devices and vaults removed, which can be costly. ‘Converting older buildings like schools and hospitals (which may be listed) has a high build cost,’ says Jonathan Lambert of Savills. But office blocks work a treat.

House builders have been given ‘Permitted Development Rights’ to turn them into homes without needing detailed planning.

As a result, between 2015 and the end of last year 30,575 homes in England were created from redundant offices. One of the biggest locations for these conversions is Bristol, where a million square feet of offices have become student pods, rental apartments and even hotel rooms.

The developer Urban Splash – which converted the Fort Dunlop tyre factory in the West Midlands and old silk mills in Bradford into homes – has now outlined plans to convert Plymouth’s 14-storey Civic Centre into 144 apartments above bars, restaurants and cafe conversions are important, not just to provide new homes.

‘Boarded-up premises attract graffiti and bring down the value of homes near by,’ says Robert Adley, a Home Counties buying agent.

For individuals seizing the chance to convert, there are advantages. You can reclaim some VAT from the work (see the VAT refunds section at gov.uk) and estate agents say good-quality conversions of more unusual buildings with a local history often sell for a premium.

On a larger scale, some of Britain’s biggest conversions will begin in London in the next few years following this month’s announcement that Billingsgate, New Spitalfields and Smithfield markets are to be consolidated under one roof, freeing up the historic buildings for homes.

ON THE MARKET… New Beginnings 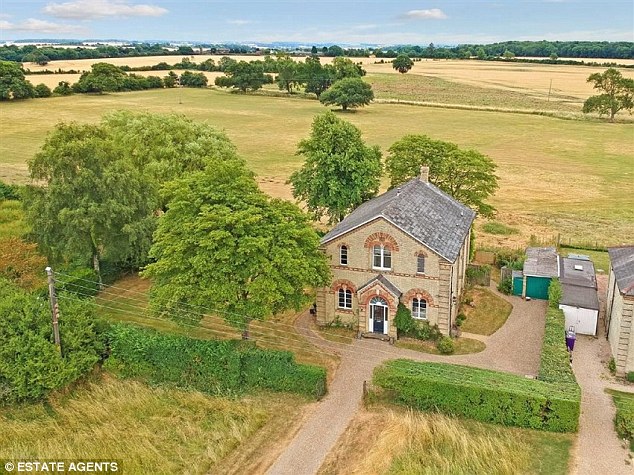 Once a Victorian congregational chapel, this is now a home right on the village green in Sandon, near Baldock. It has four bedrooms, beautiful views and large gardens. 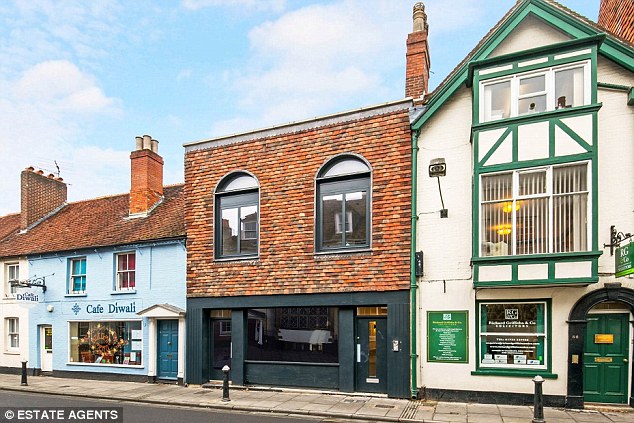 Wiltshire: a roof terrace with views to Salisbury Cathedral.

Start a new chapter of your life in this three bedroom duplex apartment which was once a city centre bookshop. There’s even a roof terrace with views to Salisbury Cathedral.

The General is the city’s former hospital, now transformed into a collection of one, two and three bed apartments — contemporary living in a listed landmark in the city centre.