Most complained about broadband revealed

TalkTalk received the highest number of complaints from customers for both its broadband and landline services in the first three months of the year, according to Ofcom.

It is the third quarter running that TalkTalk has been given the unwanted top spot for broadband complaints and the second for landline.

But if you’re with TalkTalk, or you’re unhappy with your provider, you have the right to complain and ask for the problem to be fixed or you may be able to switch without penalty to a new deal. 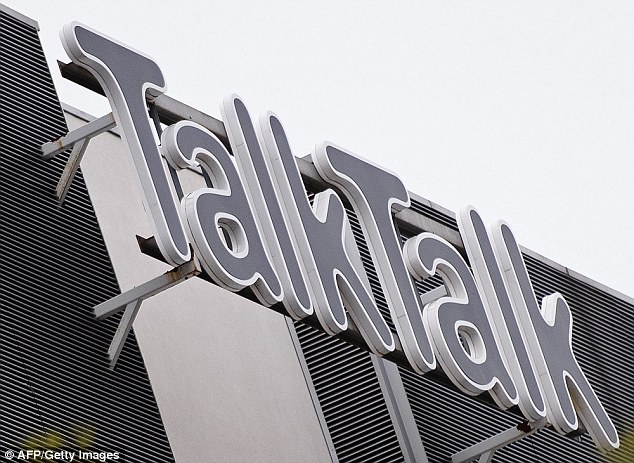 It wasn’t the only provider to score badly and other big firms, including BT, Plusnet and Virgin Mobile, also received a high number of complaints.

For broadband, BT took second place, which is the same position it held for the last three months of 2017. While for landline complaints Plusnet was in second place, followed by BT and then the Post Office.

Pay TV services are also included and BT received the highest number of complaints while Sky received the lowers, at 16 and two per 100,000 customers respectively.

A TalkTalk spokesperson said: ‘While these historical numbers by Ofcom are disappointing, it doesn’t reflect the current customer experience. 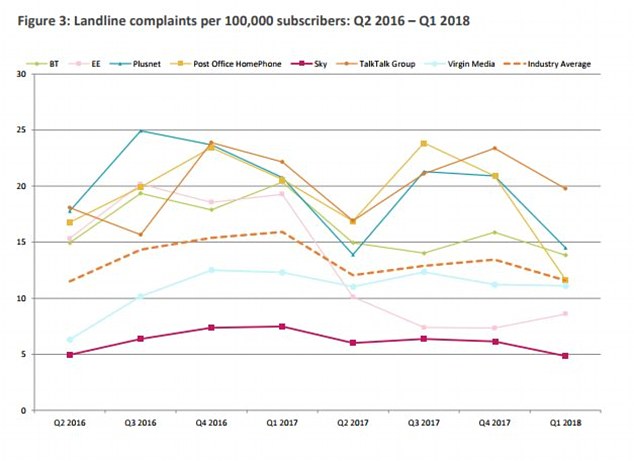 ‘The most recent data shows a significant reduction in complaint numbers, customer satisfaction is on the rise and we’ve seen more customers than ever staying with us this year.’

Overall, the levels of satisfaction with communications services was high in the latest report, at 87 per cent for landline, 80 per cent for broadband and 91 per cent for mobile services.

Ofgem says it receives almost 300 consumer contacts a day by phone, email and letter of which many are complaints whereby the customer hasn’t been able to resolve a problem with their provider.

The research also shows that the total amount of complaints has fallen for broadband and landline services and remained the same for pay TV and pay-monthly mobile services.

Jane Rumble, Ofcom’s director of consumer policy, said: ‘It’s frustrating enough when things go wrong, without having to put up with poor customer service as well.

‘So it’s encouraging to see complaint numbers falling in some areas, and we want to see this continue.

‘Anyone fed up with their provider can easily shop around and see if there’s a better service out there for them.’ 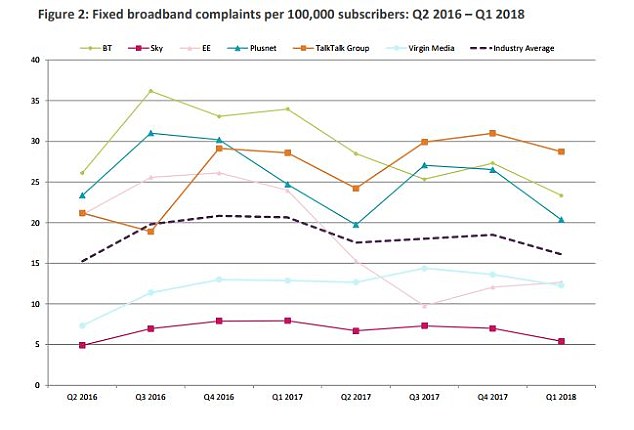 In the past two years BT, Plusnet and TalkTalk have remained at the top of complaints tables

If you are unhappy with your provider, be it for landline, broadband, TV, or mobile, you have the right to complain or you could switch.

This can be for anything including regular faults with the service, if the customer service is dismal or you’re not getting good value for money.

Contact your provider directly at first and outline your complaint, along with what you would like it to do to correct it. If after eight weeks you’ve still not received a response, or you’re not happy with the response you have received, you can escalate the problem.

All communications providers have to sign up to an alternative dispute resolution scheme with either CISAS or the Ombudsman Services: Communications.

It will look at your case independently and if it rules in your favour it could ask the provider to pay you for any money you’ve lost.

You may also be able to leave the contract early, without penalty, if you’ve been left without a decent service for some time. This should be detailed in your contract but if not keep a note of how long your service has been down and include this with your complaint and request to be able to leave.