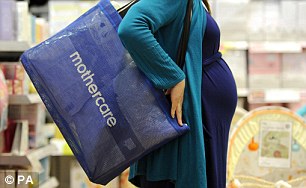 Turnaround trouble: Hundreds more jobs are on the line at Mothercare

A Bungled vote to restructure struggling Mothercare has put hundreds more jobs on the line.

More than 300 staff are at risk at the mother-and-baby retailer’s Children’s World subsidiary – which operates under the Mothercare name – after the firm was forced to admit it had not secured approval for a turnaround plan at its 21 stores.

Mothercare announced on Friday that creditors had backed an insolvency procedure called a company voluntary arrangement.

But a review of the votes by KPMG revealed the Children’s World subsidiary had won only 73.3 per cent of the votes, just short of the 75 per cent it needed, and which other parts of the CVA received.