MPs to launch inquiry into Sainsbury’s mega-merger: Farmers fear being victims of mega-merger

The plan to investigate the impact of the historic deal – which will create a £51 billion giant – would mean scrutiny on two fronts because the Competition and Markets Authority (CMA) announced its own investigation on Friday. 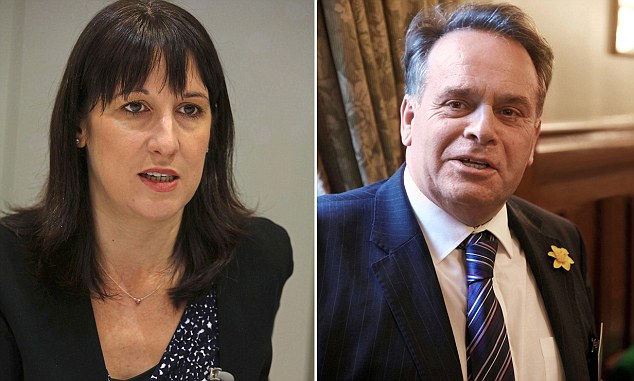 MPs fear the impact of the merger on small suppliers will not be fully considered by competition authorities, whose main interest is the effect on shoppers.

Neil Parish, chairman of the Commons food and rural affairs committee, has already conducted private hearings on the matter ‘with a view’ to launching a full select committee inquiry.

Parish, Tory MP for the Devon constituency of Tiverton and Honiton, said: ‘They [farmers] are nervous. They’re aware the deal has been referred to the CMA and are holding back some of their fire. But I’m suspicious and I need some reassurance.

‘The role of the select committees is to look at the process and say: Is it going to deliver the right things? Are the primary producer and the consumer both going to be treated fairly?’

Business Minister Andrew Griffiths, whose responsibilities include consumers, small businesses and the retail sector, is understood to have been invited before the food and rural affairs committee to discuss the deal as part of preliminary hearings.

Sources said the parliamentary inquiry could be extended to include other select committees but discussions were at an early stage. Labour MP Rachel Reeves, chair of the Commons business committee, earlier this month wrote a joint letter with Parish to the CMA to ask it to include supplier evidence in its own inquiry.

The decision to hold an inquiry into the merger raises the prospect that Sainsbury’s chief executive Mike Coupe and Asda boss Roger Burnley may also be called before a parliamentary hearing for questioning.

In a letter sent to Griffiths, Parish said: ‘Farmers and suppliers are already in a difficult position. This announcement and the increase in the market share for the combined supermarket tips the already unbalanced scales further away from farmers.’

He wants more scrutiny of the way the supermarket sector operates so ‘everyone, right the way through the supply chain must benefit, from the consumer to the farmer’. One potential line of inquiry is the possibility of strengthening the powers of the trade watchdog, the Groceries Code Adjudicator.

Business Secretary Greg Clark has reportedly written to the CMA to ask it to look at the ‘possible impact on the supply chain’.

In a letter sent to suppliers last week, Sainsbury’s said the deal offers ‘a great opportunity to make your supply chains more streamlined, to develop differentiated product ranges and to grow your business as we grow ours’.

Sainsbury’s last night said it ‘strongly believed’ the deal ‘will benefit both customers and suppliers alike’. It said: ‘Our strong track record of working closely with our suppliers will not change.’ Asda said it had ‘long-term relationships’ with suppliers.

But some farmers fear they will pay a heavy price because Coupe has said the enlarged business would cut shop prices of some grocery items by 10 per cent – and he has told the City a merger will boost profits by £350 million from ‘access to better-harmonised buying terms’. Charles Sercombe, chair of the National Farmers’ Union livestock board, said: ‘There is massive nervousness out there, especially when Mike Coupe says he’s going to try to drive the price down 10 per cent.

‘Usually when they drive down prices they’ll still take their margins, as will the processors, and farmers are worried.’ Ian Giles, head of competition in London at law firm Norton Rose Fulbright, believes we may yet see a much broader inquiry.

He said: ‘One of the concerns is increased pressure on suppliers, farmers and others who might struggle to negotiate sustainable pricing with the large retailers. The CMA are interested in looking after consumers and, ultimately, supermarkets have succeeded in driving prices down.

‘But what you could see is that this prompts the Government to think about whether the whole supermarket sector is ripe for review.’