MPs to quiz Citi, JP Morgan, and Barclays bank bosses over the impact of Brexit to financial services 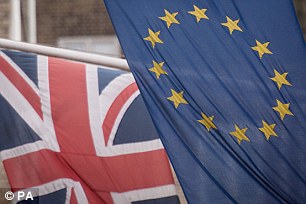 A string of global banks have been called before the Treasury Select Committee to face questions on Britain’s planned separation from the European Union in March.

Barclays has so far been broadly neutral on the impact of Brexit to financial services.

Chairman John McFarlane – also chairman of financial services lobby group The City UK – in July brushed aside concerns of ‘terminal damage’ from the split ‘in the long run’.

But JP Morgan chairman and chief executive Jamie Dimon has been highly critical of the plan.

He said he believes the break will be ‘tough for the British people’ and ‘will have an impact on global growth, and so Brexit could hurt everybody a bit’.

Wall is expected to be quizzed about the impact of a border on Barclays’ Irish unit.

Theresa May’s Chequers plan was described as ‘light on detail’ for services and financial services by City law firm Macfarlanes.