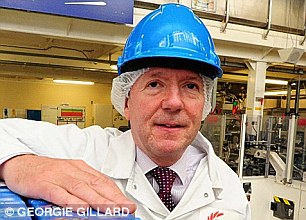 Mr Kipling’s boss seems likely to see off a challenge to his leadership from activist investors.

Gavin Darby, chief executive of Premier Foods, which makes Mr Kipling cakes, is facing calls to go amid claims he has presided over a ‘zombie-like’ company and failed to lift its share price.

But ahead of the vote, the 62-year-old said he is ‘quietly confident’ of securing the necessary support.

However, Oasis and Paulson have been urging other investors to oust the British boss and they now outgun Nissin in combined voting power.