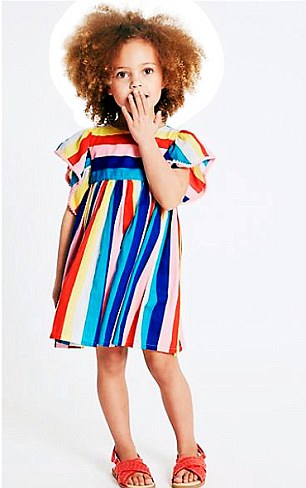 Pledge: M&S has vowed to win back customers after months of brutal cuts

Marks & Spencer confessed to being expensive, out of touch, too bureaucratic and having a clunky website as bosses plotted a turnaround.

It has vowed to win back customers after months of brutal cuts and a fundamental overhaul of the business combined with plunging profits and a sales slump.

Declaring the results ‘a turning point’ in the 132-year-old business’s history, chairman Archie Norman admitted the retailer had been too slow and promised reform.

Norman, installed in September, declared the retailer was making important changes to its culture, organisation and the way it sells clothes and food.

‘This is a historic day for M&S,’ he said. ‘I am convinced that this is a turning point.’

The firm has already announced 100 store closures and appointed high-profile business figures to run different departments, and yesterday it described how its website would be revamped to keep up with online competitors.

Every page on the site will be rebuilt to speed up shopping for customers.

Chief executive Steve Rowe said he had spent the past two years ‘putting out the fires’ and was now focused on getting the basics right.

He said the costs ploughed into closing more stores proved it was committed to transformation.

Profits dived 62 per cent to £66.8million in the year to March 31 as M&S shelled out more than £321million on speeding up its store closures.

However, it said it had acquired its first new female customers in seven years, and was now focused on winning back young and larger families.

‘These results clearly show why accelerated change is necessary for the business,’ Rowe said. ‘With the headwinds we face, frankly, no change is not an option.’

Detroit pizzas and bras: what M&S has got right 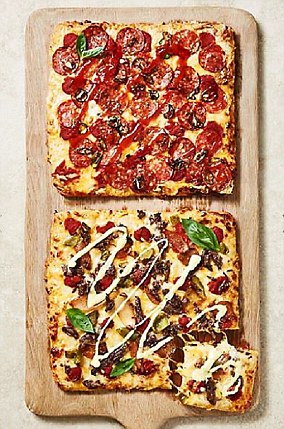 Linen M&S’s range is hugely popular with male and female shoppers, with products including linen shorts, dresses and suits.

Underwear The retailer is the top seller of bras in the UK and a long-running collaboration with lingerie model Rosie Huntington-Whiteley has been a hit.

School uniforms It has long dominated the school uniform market, and sells everything from PE kits to gingham summer dresses.

Burgers The ‘best-ever burger’ costs £14 for a pack of eight, contains a ‘hint’ of bone marrow and took a year to develop.

M&S said its factory for online shopping in Castle Donington, which cost £200million, was not suitable if it wants to be a successful online retailer. It wants online sales to account for a third of its clothing and home business.

It wants to improve its clothing range, which has been described as dull and frumpy by customers, and look at getting rid of outdated brands.

Rather than tying itself to trends M&S wants to focus more on timeless style and improving wardrobe essentials like men’s suits and women’s shoes.

Sales in the clothing and home division fell 1.9 per cent last year, with business hit hardest during the last three months of the financial year as heavy snow meant shoppers stayed at home.

In its food business, sales dropped 0.3 per cent as pricing was too expensive for shoppers and package sizes were too small to feed families.

Rowe said it wanted to sell more products like its Detroit-inspired rectangular pizzas that cost £6 and are ‘big enough to feed the family’.

Bryan Roberts, global insights director at TCC Global, said: ‘It’s worrying to see that M&S’s slowdown in food has continued. Its rivals have closed the quality gap, but the price gap has remained the same.

‘As retailers across the industry have invested more heavily in their premium and private label offerings, M&S’s pricing has looked increasingly over-the-top.

An over-reliance on complicated multi-buys is unlikely to help – shoppers will rarely want to buy three of an item to find value.’

Despite sales falling at stores open more than a year, its new shops helped revenues edge up by 0.7 per cent to £10.7billion.

The transformation plan will now see it bed in current changes until 2019, when M&S plans to look to the future and focus on being special again.

Norman promised: ‘We are not aiming to win with teenagers or even people in their early 20s who are buying clothing you may throw away or only wear a few times.

‘We want to be relevant with people who are prepared to pay a bit more for better quality, wearable clothes. They do not want to replace the clothing every year.

‘They want to come to the office and look stylish. That is where we are aiming to compete.’