Fiona Parker For The Daily Mail 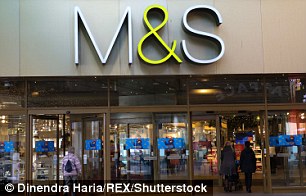 M&S is launching a cheaper and fairer energy deal for its customers.

Launching in September, M&S has not yet confirmed how many tariffs it will offer or how much they will cost.

But it has promised to reject ‘tease and squeeze’ pricing where firms lure in customers with cheap tariffs only to hike their prices a few months later.

While its deals may not be the cheapest on the market, they will be competitive and fair, M&S says.

Founded in 2011, Octopus’ deals are typically in the middle of the best buy tables.