My wife earns £7k so is she losing pension top-ups paid to better-off?

This week, This is Money columnist Steve Webb tackles a question about a tax quirk that deprives low earners of pension cash automatically handed to better paid workers.

The Government recently announced it plans to review how pension tax top-ups are paid to savers, following an outcry over what has been called a ‘secret scandal’ and ‘indefensible’ by critics. 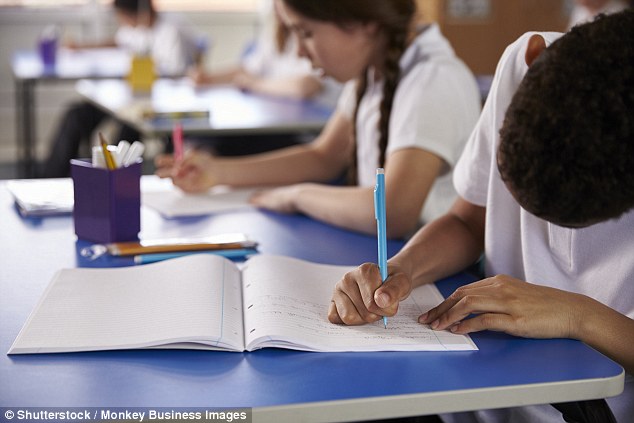 Free pension top-ups: A reader whose wife earns around £7,000 a year working in a school asks for an explanation of a confusing technicality that could deprive her of pension cash

I’ve been reading the articles on This is Money about low paid people not receiving tax relief.

Some articles state people who earn £10,000-£11,850 are affected. Other articles suggest anyone earning less than £11,850 does not qualify for this 20 per cent tax top up on pension contributions. So I am confused.

My wife is 56 and earns approximately £7,000 per annum working part time in a school.

We have savings and if possible would like to pay £3,000 per annum for a few years to then receive 20 per cent tax relief top-up for her.

This would represent an excellent savings plan for a few years until we retire.

Can my wife start a personal pension and receive a 20 per cent tax top up from our chosen pension provider.

Steve Webb replies: It is not surprising that you are confused!

Whether or not lower earners get tax relief on their pension contributions depends both on how much they earn and the sort of pension scheme of which they are a member.

This issue has become a lot more important in recent years as automatic enrolment has brought millions more people on modest earnings into pension saving, so the need to sort out this mess is getting more pressing.

The first figure that you mention, £11,850, is the income tax personal allowance. This is the amount of money you can earn each year before you have to pay income tax.

The £10,000 figure is the earnings level above which firms are obliged by law to enrol their employees into a workplace pension.

Whilst auto-enrolment has brought lots of new people into pensions, there were already people earning below £10,000 per year who had pensions (for example, many part-time public sector workers) and the issue that you raise applies to people under £10,000 as well as those over £10,000.

You might assume that people earning above the tax allowance of £11,850 (and hence paying income tax) could benefit from tax relief on their pension contributions, whilst those earning less cannot.

Unfortunately it is not quite as straightforward as that.

A lot of traditional occupational pension schemes deliver tax relief on pension contributions through the paypacket, a method called the ‘net pay arrangement’.

Hundreds of thousands of the poorest workers are being denied free Government pension cash that is automatically handed to the better-paid due to a tax technicality.

This is Money covered the story here, while pensions campaigner Ros Altmann has spearheaded efforts to persuade the Government to address the issue.

A Department for Work and Pensions spokeswoman recently promised it would review how pension tax top-ups are paid to savers, following the outcry.

The way they do this is by deducting your pension contribution from your wage before the tax is worked out.

The effect of this is to cut your tax bill because your taxable income has been reduced.

For example, suppose that you earn £13,000 per year and want to put £100 into a pension. Your employer will deduct £100 from your pre-tax income and that money will go into your pension.

When HRMC comes along to work out your income tax, they only tax you as if you were earning £12,900. This reduces your taxable income by £100 and your tax bill by 20 per cent of this or £20.

Consider a second worker at the same firm who earns £11,000 per year and also wants to put £100 into a pension. The employer will deduct the £100 from the worker’s pre tax pay and this money will go into their pension.

But because the worker earns less than £11,850, they would not have been paying income tax in the first place. Whether they are taxed on earnings of £11,000 or £10,900 (the wage minus the pension contribution) makes no difference – their tax bill is still zero.

In short, in this arrangement, the non-taxpayer gets no tax benefit from saving in a pension.

There is however a different way of delivering tax relief which gives a tax bonus to everyone in the scheme, not just taxpayers.

This method is known as ‘relief at source’ or RAS and is often used by group personal pension arrangements and also some big workplace schemes such as the Government’s NEST scheme.

Under the RAS arrangement, you pay your pension contributions out of your take-home pay and the scheme then claims tax relief on your behalf.

If you got either this benefit or Working Families Tax Credit at any time during those years, it counted towards your state pension and could give it a boost.

Steve Webb would like to hear from anyone who got these credits back then, whether you are already drawing a state pension or are yet to do so.

You can write to Steve at pensionquestions@thisismoney.co.uk and we will forward your messages.

The pension scheme then contacts HMRC and asks them to top up that contribution with basic rate tax relief.

As you will see, in this case the non taxpayer is still benefiting from tax relief.

It is, unfortunately, a bit of a lottery as to which method of delivering tax relief is used by your workplace scheme.

But anyone who is unsure should certainly ask their employer’s personnel or HR department (if they have one) how things work with their scheme.

If you feel you are losing out you could ask your employer to consider whether to use a different pension arrangement so that you benefit from tax relief.

Regarding your wife’s specific situation, in principle she should be able to take out a personal pension in the way you describe and receive tax relief, even though she is a non taxpayer.

This is assuming that she doesn’t have the opportunity of joining the Teachers’ Pension Scheme.

That operates a net pay system so she wouldn’t get the tax relief, but she would benefit from the generous employer contribution.