Nationwide chief executive who gets £595 in perks every day

The boss of Britain’s biggest building society collects hundreds of thousands of pounds of perks every year – on top of £2.1million in pay and bonuses.

Nationwide chief executive Joe Garner enjoyed benefits such as a car allowance and private medical cover worth £217,000 – or £595 a day – in the year to April 4. 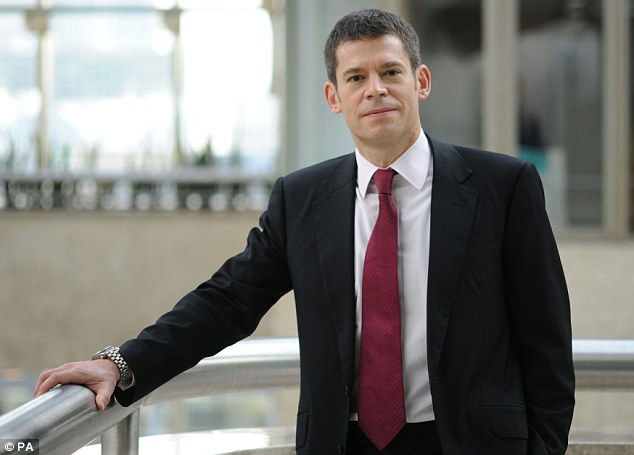 Nationwide chief executive Joe Garner, pictured, enjoyed benefits such as a car allowance and private medical cover worth £217,000 – or £595 a day – in the year to April 4

In the previous 12 months, the 48-year-old’s benefits package was worth £181,000. It means he has been handed almost £400,000 of perks since joining Nationwide, higher than the value awarded to the chief executives of many globally important banks.

Critics said it damaged the mutual’s claim to be different to the big banks and put its reputation at risk.

Luke Hildyard, executive director of the High Pay Centre, said: ‘It’s hypocritical for Nationwide to market themselves as a different kind of organisation to the big banks, and then lavish these kinds of sums of money on its executives. It’s hard to believe these payments were critical to the success of the business.’

Nationwide refused to reveal details of how his benefits package was spent.

Garner likes to trumpet the lender’s ethical credentials, its focus on supporting members and its pledge to keep branches open at a time when rivals are closing theirs.

But his benefits pay-out is higher than that given to rivals leading highly complicated organisations.

For example Bill Winters, the head of Standard Chartered bank which has business in 70 countries, was handed benefits worth £380,000 over the past two years.

Lloyds chief executive Antonio Horta-Osorio was given benefits worth £299,000. 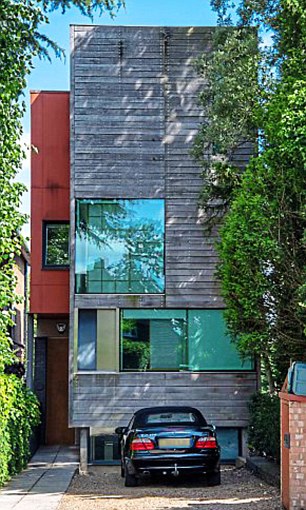 This is almost £100,000 less than Garner even though Lloyds is a £1.6 trillion bank and Nationwide’s balance sheet is only £458bn.

The mutual frequently tops surveys as Britain’s most trusted lender and has set itself the goal of becoming a ‘national treasure’ like the BBC, National Trust and NHS.

Its adverts feature poet Jo Bell talking about the first mortgage given out by the lender in Victorian times to highlight how it is dedicated to building a better society. Nationwide is also unique among the High Street names for resisting the wave of branch closures sweeping the country.

Garner has said that having a bricks-and-mortar presence in towns and villages has boosted business. A record 816,000 Nationwide current accounts were opened in the year to April, with more 40per cent set up by customers who went into one of its 650 outlets.

Garner, a married father who lives in a £4.2million house in South West London, took charge of Nationwide in April 2016 after heading BT’s infrastructure division Openreach.

A spokesman for the building society said: ‘Nationwide aims to pay its top executives, including chief executive, below the market average.

‘Benefits do not give an accurate picture of total remuneration.

‘Our executive pay is measured against tough criteria, including service, care, value and running a sustainable society.’