Nationwide profits fall as its mortgage lending drops by a third

The building society also sounded a warning that it expects a subdued housing market to make things challenging over the coming year.

Mortgage lending fell by 34 per cent to £5.8billion in the year to 4 April, from £8.8billion the previous financial year, partly because of a previously planned reduction in buy-to-let lending following last year’s tax changes.

That contributed to a decline in bottom line profits, which fell by 7.3 per cent to £977million. This is the second year running that Nationwide has posted falling profits. 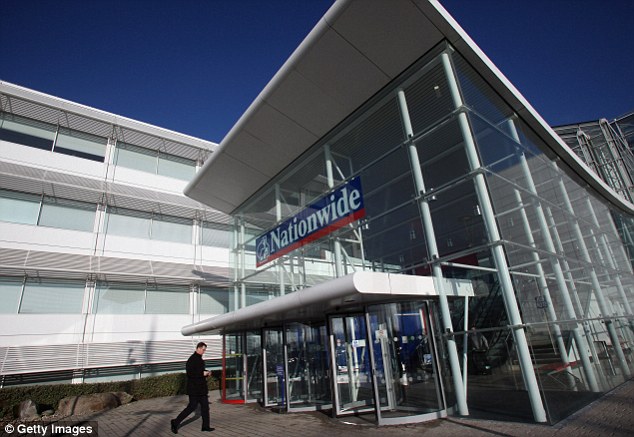 ‘We anticipate modest growth in our core product markets, reflecting the outlook for the economy as a whole,’ he added.

‘With employment growth expected to slow and pressure on household budgets fading only gradually, mortgage lending is likely to rise at a fairly pedestrian pace.’

Savings deposits also grew more slowly, up by £3.5billion against growth of £5.8billion the previous year. But it said it continued to try to remain competitive, giving members a £560million boost by offering better rates, fees and incentives.

Chief financial officer Mark Rennison said: ‘Nationwide continues to trade strongly in spite of intense competition in our core markets, in a number of cases choosing to protect value for members through more competitive pricing rather than taking the opportunity to enhance margin.’

The lender forecast UK economic growth to remain modest at between 1 per cent to 1.5 per cent over the next two years.

Looking ahead, the lender said it was doing a review of its operations and planned to invest more in technology.

It also intends to expand into business banking – if it wins some of the funding set aside by Royal Bank of Scotland to boost competition in the market.

RBS has been asked by the government and the European Commission to hand out the funds as compensation for its £45.5billion bailout during the financial crisis.

The mutual also revealed it will launch a retirement interest-only mortgage this year.