Young savers looking to get on the housing ladder will finally get more than one cash Lifetime Isa option when Nottingham Building Society enters the market next week.

Its version will earn you interest of one per cent, meaning it only matches Skipton Building Society’s existing offer.

Lifetime Isas allow under-40s to save for a home and retirement at once, with the Government adding a cash bonus worth up to £1,000 a year for every £4,000 saved, making them an attractive deal for first-time buyers. 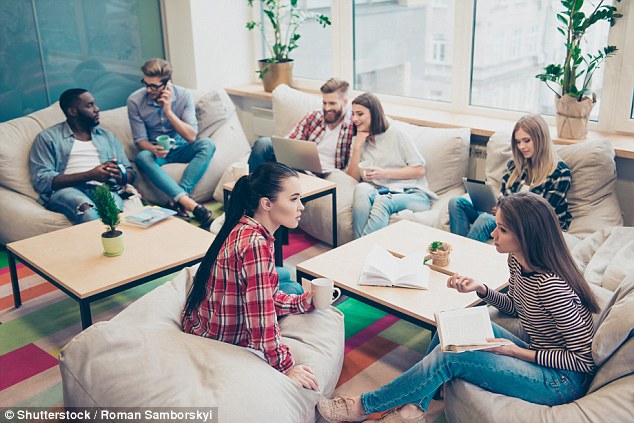 Savings incentive: Lifetime Isas allow under-40s to save for a home and retirement at once

However, people saving up for house deposits, normally a fairly short-term exercise, have so far been limited to a single cash Lifetime Isa from Skipton.

There are also a handful of investment Isas from the likes of Hargreaves Lansdown and The Share Centre, but these force you to risk your nest egg in the financial markets.

The usual rule of thumb is to invest for at least five years to ride out market ups and downs, but first-time homebuyers will often hope to buy more quickly than that.

Nottingham’s Lifetime Isa can be opened from next Tuesday with a balance of £10, and will initially be available only through its network of 67 branches across 11 counties. It will start be sold online as well by the end of the year.

The building society says savers opening its Lifetime Isas will also get free access to its ‘whole of market’ mortgage service, which can cost non-members £249.

The launch comes after the future of Lifetime Isas was called into doubt by MPs on the Treasury Committee, who last month called for them to be scrapped due to their ‘perverse incentives and complexity’.

They have attracted controversy ever since their launch in April 2017, when they sparked a barrage of criticism amid fears younger savers could make poor financial decisions and be left out of pocket in the longer run.

Drawbacks include heavy early withdrawal penalties and the potential loss of free employer top-ups to a workplace pension which aren’t available if you choose to save into a Lifetime Isa instead.

Read our guide to Lifetime Isas plus a round-up of those currently on the market.

Anna Bowes, co-founder of savings advice site Savings Champion, said: ‘Over a year after the launch of the Lifetime Isa and Skipton Building Society’s domination of the cash Lisa market, it’s great to see that Nottingham Building Society will finally be adding some competition, albeit among ongoing speculation that the Lisa is to be scrapped.

‘Having said this, the interest earned is the cherry on the top as the 25 per cent bonus is the real prize, dwarfing any interest that is applied.

‘It would be a shame to see this valuable tool removed from the Isa stable – and we hope that Nottingham’s move will inspire other providers to follow suit.’

Andrew Hagger, expert at independent advice website Moneycomms, said: ‘It’s good to see another provider entering the Lifetime Isa space with a cash based product – despite the lack of banks and building societies in this market the Lisa remains a no brainer for many first time buyers.

‘The Nottingham Building Society offering should prove attractive, not just because of the generous government bonuses, but because customers have the option to sit down and talk it through in branch plus get free whole of market mortgage advice as part of the deal.

‘Online may be the channel of choice for simple products such as cash savings, loans and credit cards but when it comes to buying your first home, a bit of hand holding and guidance is as welcome to first time buyers as the 25 per cent bonuses that come with the Lisa product.

‘Skipton Building Society has been extremely successful with its cash based Lisa and hopefully the Nottingham will follow suit and won’t be the last new player to enter this market.’

Simon Taylor, Nottingham BS chief operating officer, said: ‘Our society was built on the founding principle of helping people put a roof over their head.

‘We understand the many challenges facing first-time buyers saving a deposit in a competitive and crowded housing market.

‘Saving into a Lifetime Isa will either help first time buyers save their deposit quicker, or put down a larger deposit.

‘We also have a responsibility to help our members save and plan for their long term future, and as we are all living longer in retirement, a Lifetime Isa is another simple way that our members can boost their retirement savings.’