The number of first-time buyers during the first half of this year has reached its highest level in a decade, data shows.

Government schemes such as Help to Buy have helped to boost numbers, along with historically low mortgages deals, although a rise in interest rates earlier this month could see them start to head north.

First-time buyers have also been given a helping hand onto the property ladder from the Bank of Mum and Dad, particularly with funding a deposit, which typically stands at £33,127 across the country as a whole and an eye-watering £114,952 in London. 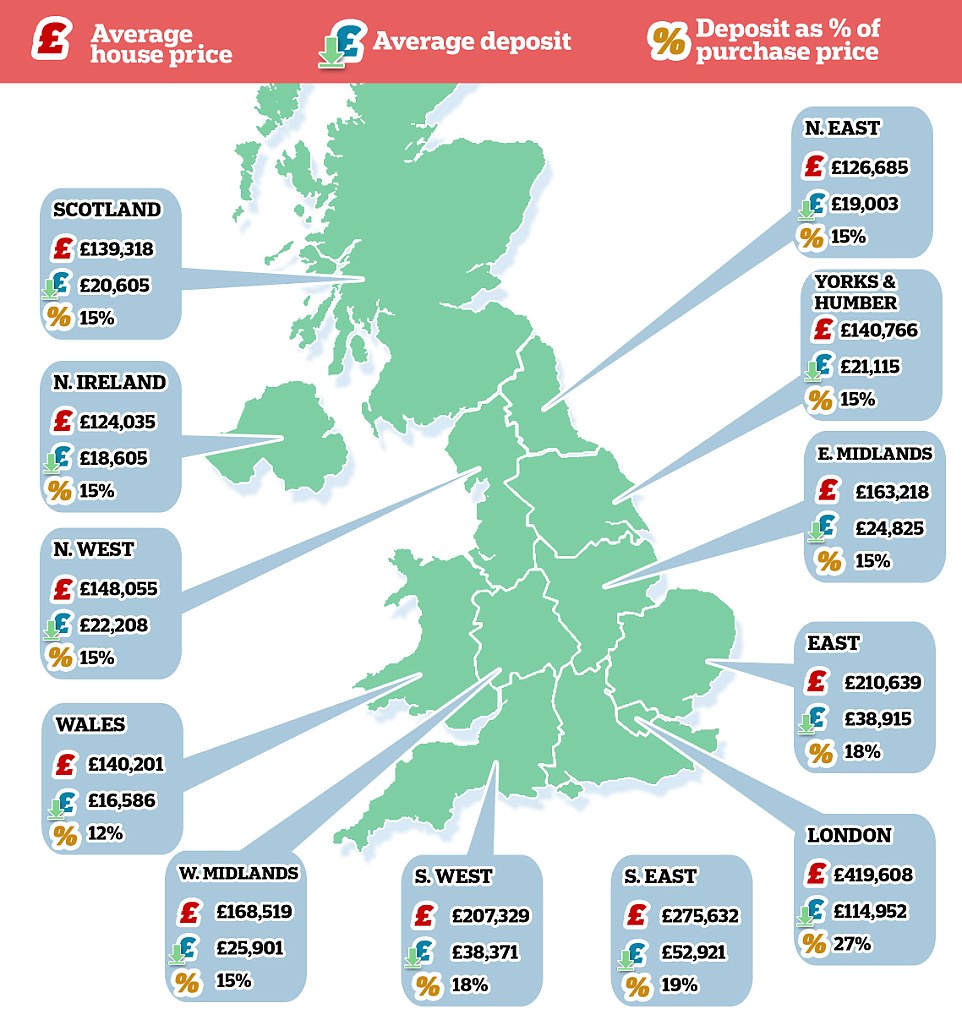 The average price, loan and deposit paid by region for first-time buyers in 2018, according to Halifax data 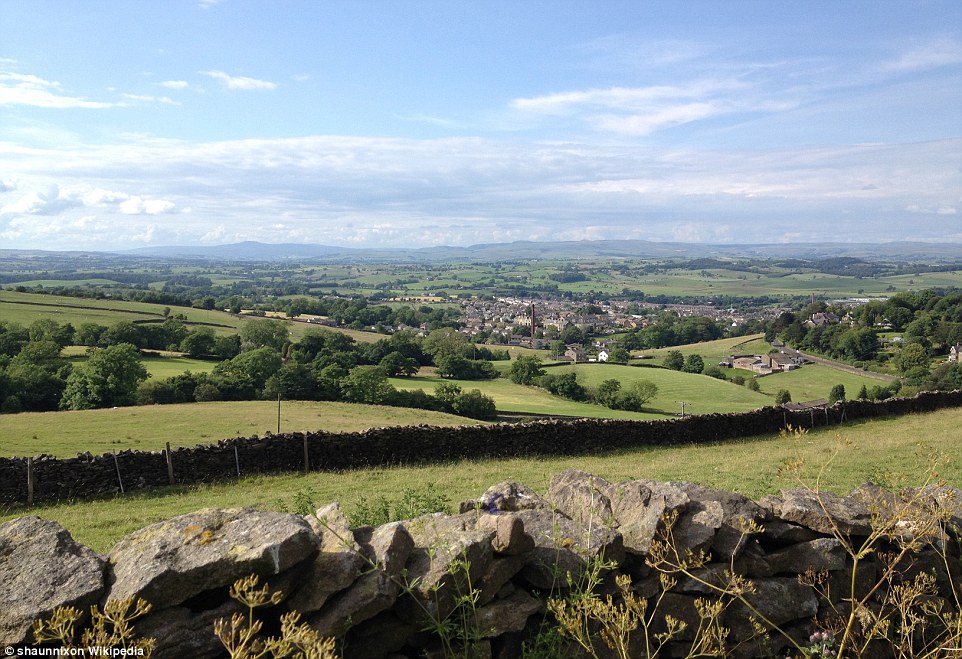 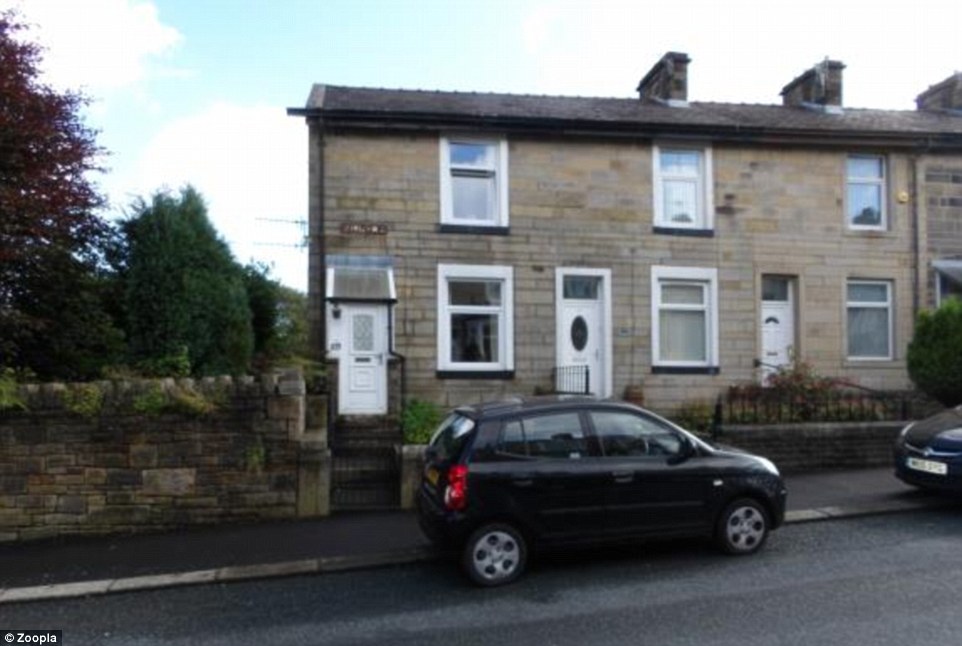 This two-bedroom house in Nelson, a town in the borough of Pendle in Lancashire, is for sale for £100k via estate agents Entwistle Green

First-time buyer numbers have risen 21 per cent in the past decade, according to Halifax. Its research is based on its own housing data along with average earnings statistics from the Office for National Statistics and mortgage and deposit data from UK Finance. 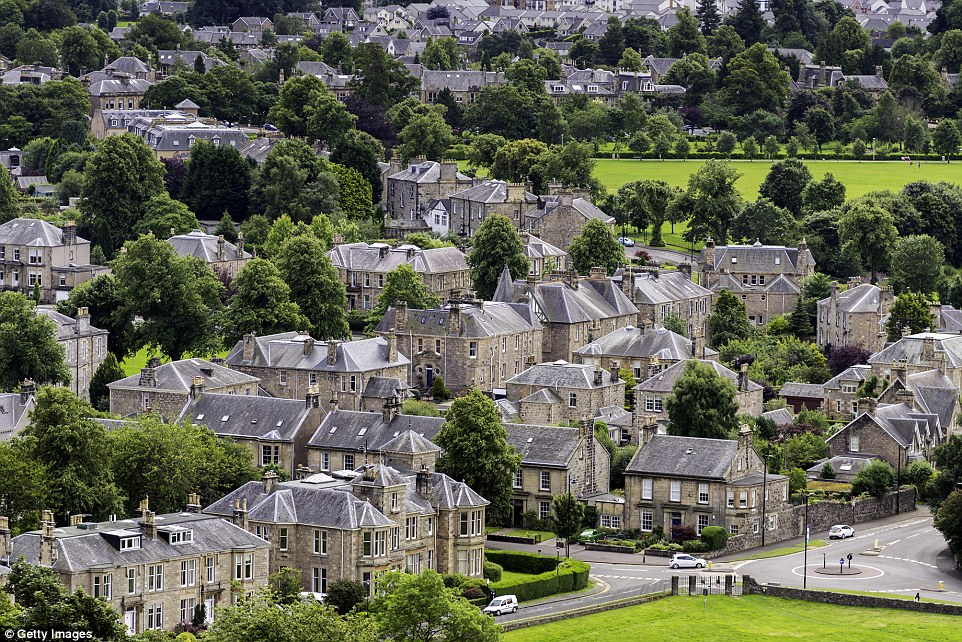 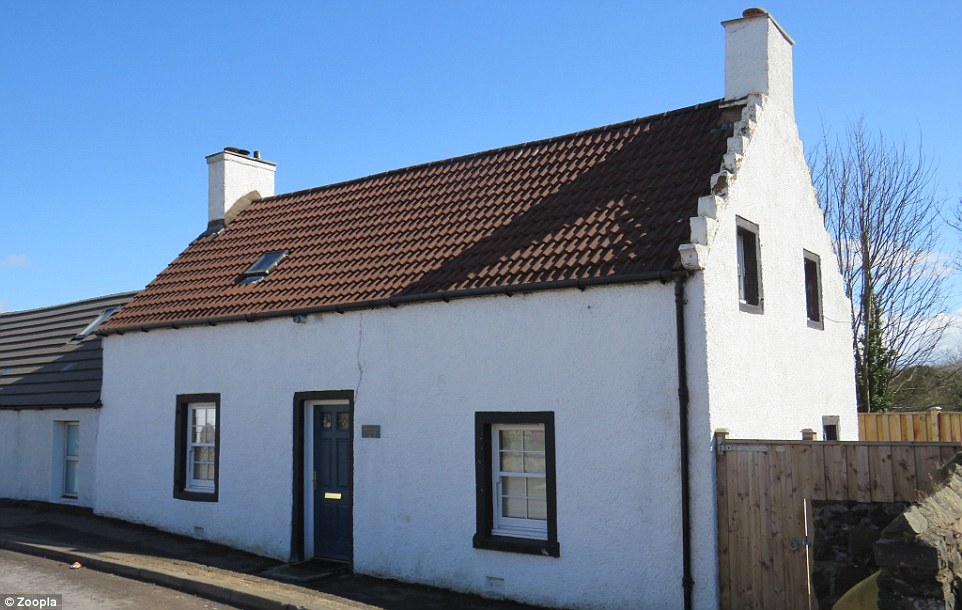 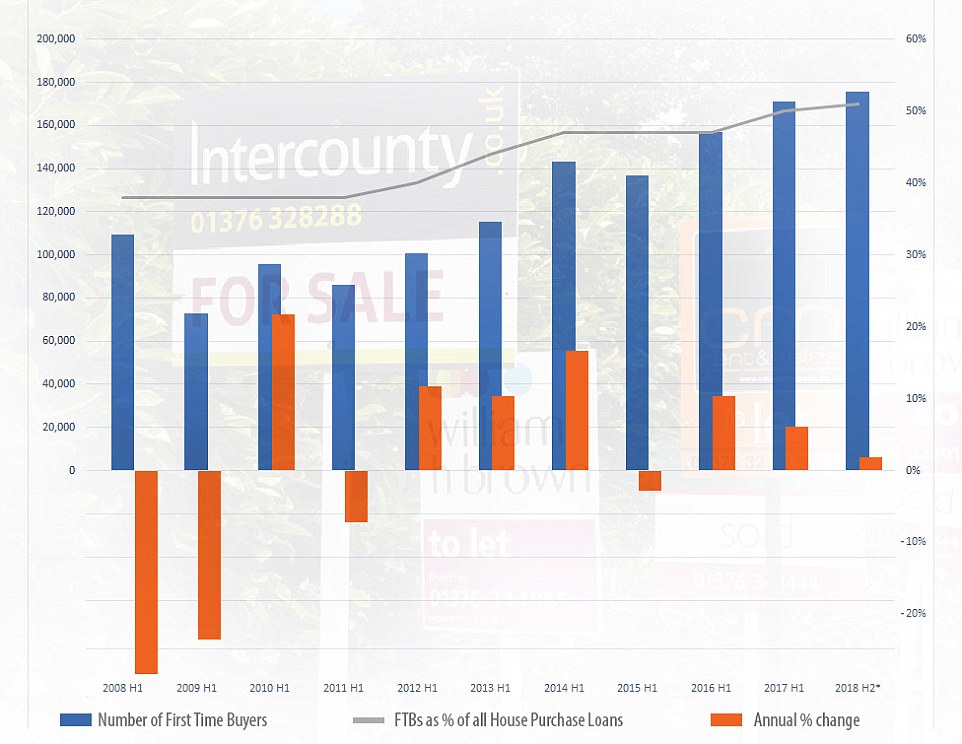 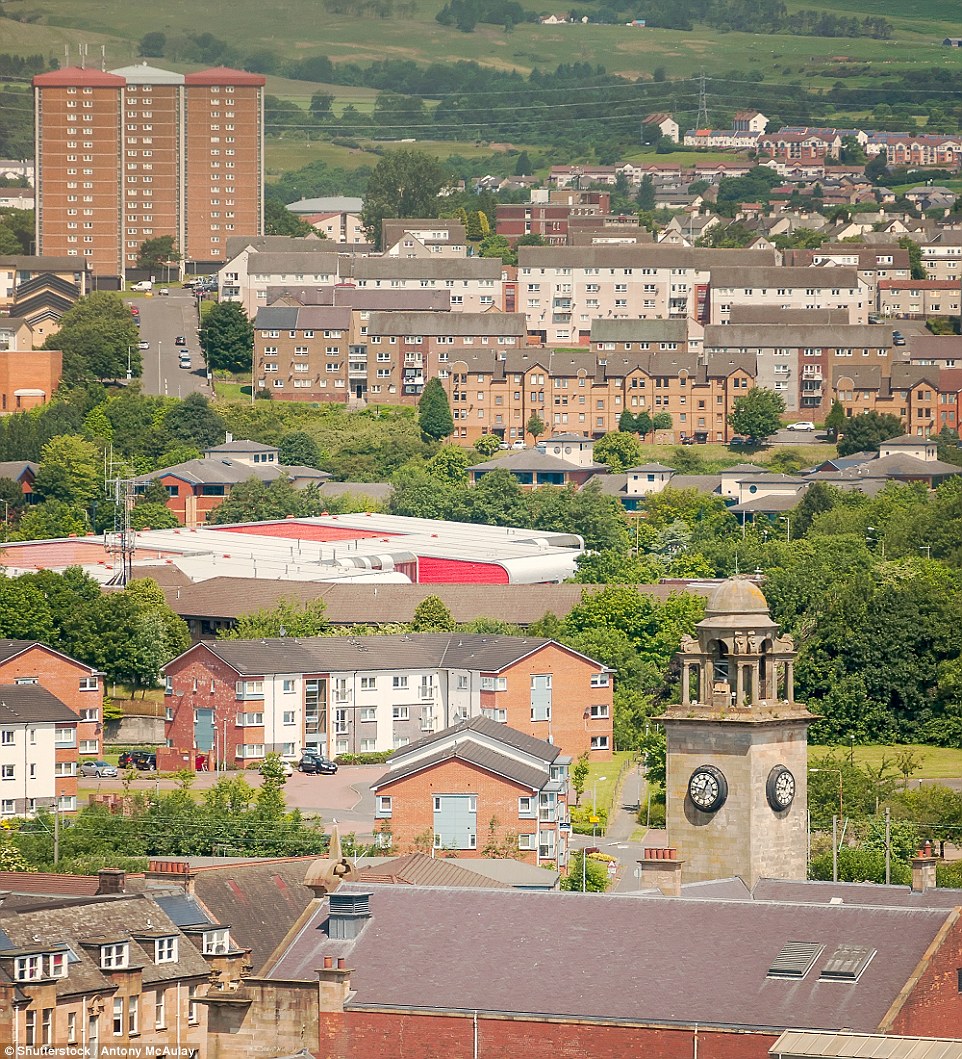 At the other end of the scale, the 10 least affordable local authority districts are in London.

Pendle, Lancashire and Stirling, Scotland are the most affordable areas with average property prices at three times local annual average gross earnings at £97,387 and £143,148 respectively.

Brent in London is the least affordable, with the average price of £478,995 being 12.7 times gross average earnings. 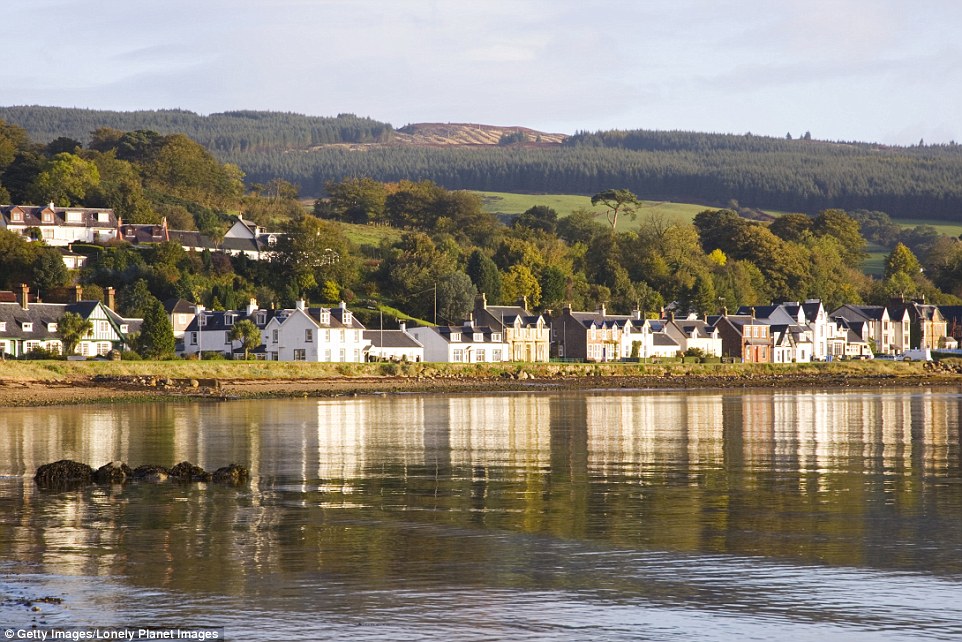 The fifth most affordable place to buy a property for first-time buyers is North Ayrshire in Scotland, according to the Halifax research 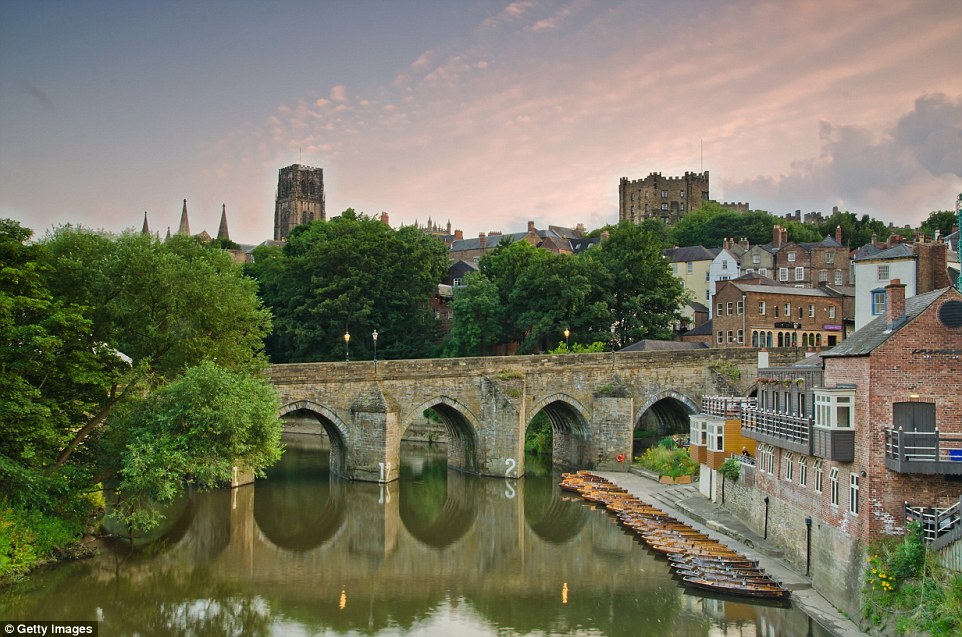 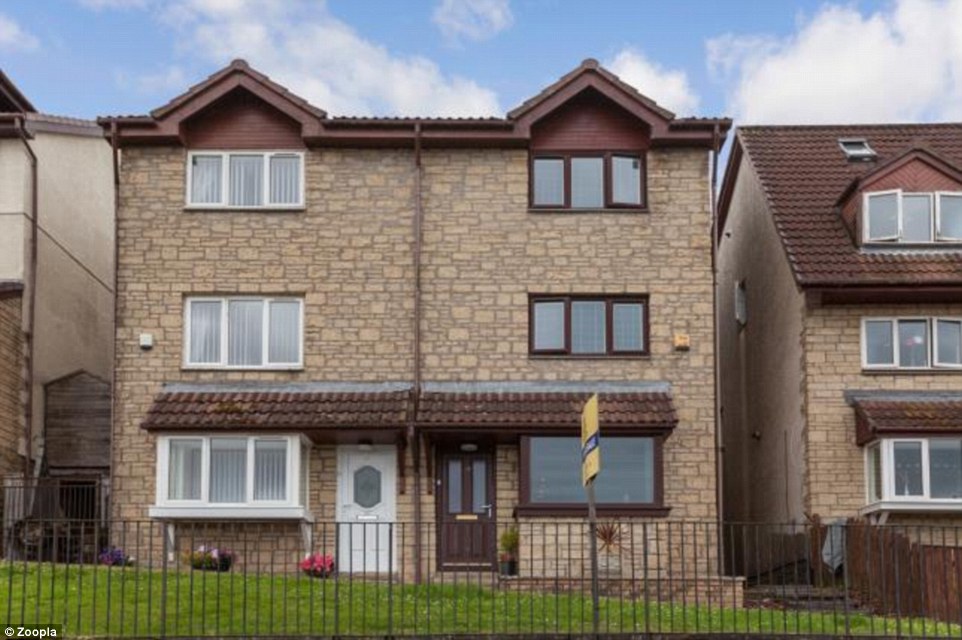 This four-bedroom semi-detached house in Greenock, in Inverclyde – the third most affordable area for first-time buyers – is for sale for £150k via estate agents Slater Hogg & Howison

The growth in first-time buyers means they have increased as a proportion of all buyers purchasing a property with a mortgage, to 51 per cent this year, up from 38 per cent in 2008.

Help to Buy has played a significant part in this rise, according to Halifax, which claimed the share has picked up since 2013 when the Government scheme was introduced.

The scheme, which can be used with a deposit of as little as five per cent, has helped 128,318 first-time buyers since it launched. 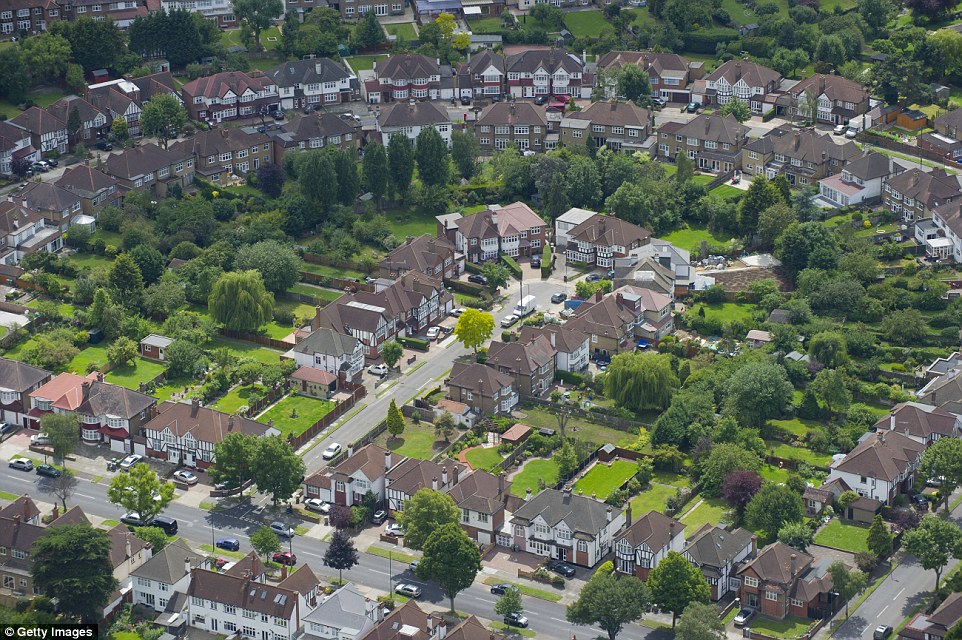 Relatively modest price increases were seen in the north, up eight per cent, and Wales at nine per cent.

By contrast, the average first-time buyer price in Northern Ireland is a third lower than in 2008, down 33 per cent to £124,035 and the lowest in Britain. 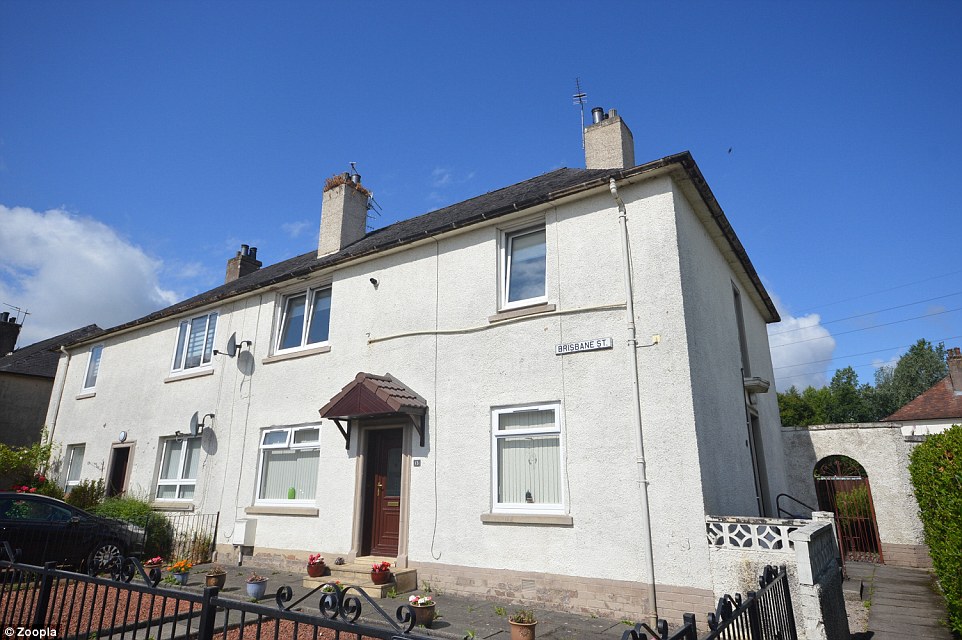 This two-bedroom house in Clydebank, West Dunbartonshire – the fourth most affordable area for first-time buyers – is for sale for £92,995 via estate agents Caledonia Bureau

With higher house prices and deposits, it is perhaps unsurprising that people are older before stepping onto the property ladder.

The average age of a first-time buyer now stands at 31, which is two years older than a decade ago.

Russell Galley, managing director at Halifax, said: ‘Despite these increases, the number of first-time buyers continues to grow and is nearly back to the peak seen of 2006.

‘Government measures, such as Help to Buy, and record low mortgage rates continue to make buying more financially attractive than renting, with savings of £900 a year.’

The Halifax research comes a week after the Bank of England increased interest rates from 0.5 per cent to 0.75 per cent earlier this month.

Many of the big banks have already passed on the rise to borrowers, including HSBC, Barclays and Nationwide.

However, mortgage rates remain at relatively low levels, with the average two-year fix rate at 2.54 per cent, according to independent website Moneyfacts. It compares to a typical rate of 6.94 per cent in 2008. 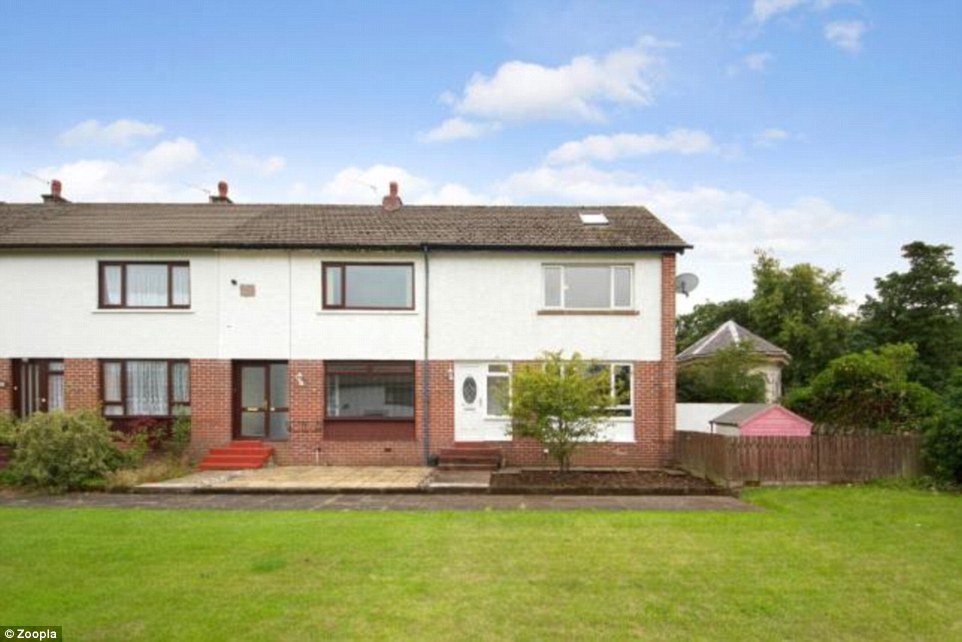 This two-bedroom house in Largs, North Ayrshire – the fifth most affordable area for first-time buyers – is for sale for £110k via estate agents Slater Hogg & Howison