Number of vehicles on roads up by 2.5million in five years as delivery vans blamed

If you wonder why you seem to be stuck in a never-ending traffic jam these days, there was an answer last night.

The number of vehicles on our roads has leapt by an astonishing two and a half million in the last five years.

With the UK population hitting 66 million last year and as more of us turn to online shopping, a surge in the number of delivery vans has been blamed for increased gridlock in many town centres. 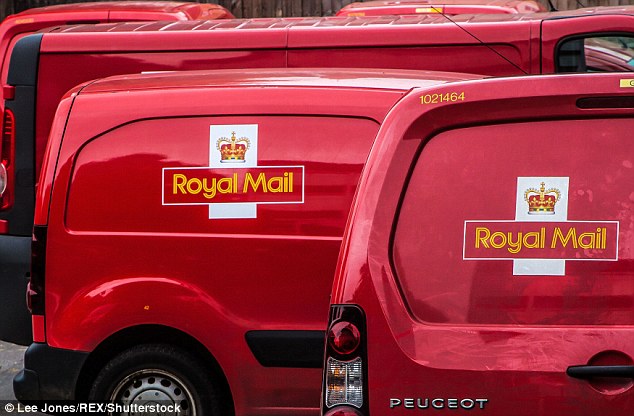 More demand for online shopping is believed to have resulted in extra delivery vans on the road, thought to be behind a 2.5 million surge in vehicles in the last five years

Over the same period, road space increased by just 0.6 per cent, according to the latest figures by the Local Government Association.

This means there are significantly more vehicles per mile of road leading to increased congestion, air pollution and more wear and tear on our roads.

Chancellor Philip Hammond has identified traffic as one of the factors holding back productivity, with people spending too much time travelling and not enough time working. 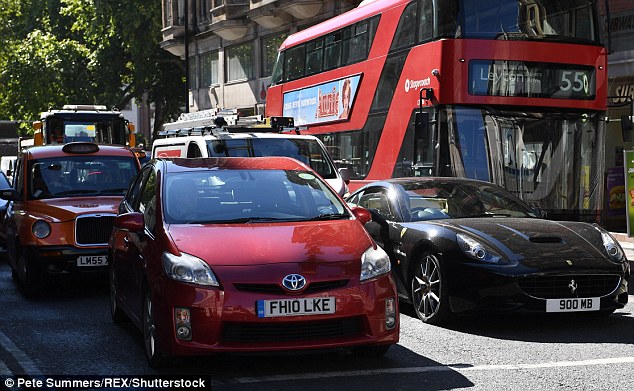 A report in February found a surge in delivery vans taking goods to homes and offices had fuelled a rise in congestion.

Last year drivers wasted an average of 31 hours stuck in rush-hour traffic at a cost of £1,168 each, according to research by traffic analytics company INRIX.

This includes wasted fuel and time, as well as indirect costs such as higher prices for household goods as firms pass on their rising freight bills to customers.

The LGA, which represents 370 councils in England and Wales, is warning that congestion is having a significant impact on our towns, cities and communities, and is acting as a drag on local growth.

It is calling on the Government to use two pence per litre of existing fuel duty to tackle roads maintenance and help deal with a £9.3 billion backlog of repairs.

Very few journeys begin and end on a motorway or trunk road yet Government funding on the strategic road network is 52 times higher than for local roads.

‘Spending more on improving our national roads will only serve to speed vehicles up between increased delays and congestion on local roads.

‘It would already take more than £9billion and over 14 years for councils to clear the current local road repairs backlog.

Reinvesting two pence per litre of existing fuel duty into local road maintenance would generate £1billion a year for councils to start tackling the backlog and improve our local roads.’

RAC spokesman Rod Dennis said: ‘A new funding formula is desperately needed to give councils the funds they need to get on top of maintenance and bring these roads up to a standard that is fit for the 21st century.’