Ocado’s share price has surged by over 45 per cent after the grocery group announced it had signed its fifth international deal.

Under the new agreement, Ocado’s technology will be used for the first time in the US by grocery firm Kroger.

As well as getting exclusive rights to use Ocado’s technology for its operations, Kroger will get a 5 per cent stake in UK-based Ocado. Surging ahead: Ocado’s share price has surged by over 45 per cent

The deal marks Ocado’s latest effort to focus on securing technology-based deals overseas rather than operating as a straightforward online grocery seller within the UK.

Lee Wild, Head of Equity Strategy at Interactive Investor, said: ‘Ocado was a marmite stock for years, and only last November when it struck a long-awaited international deal in France did attitudes change.

‘The deal with Kroger goes even further, and Ocado is so confident it’s picked the right partner that talks with other American retailers are off. This is the big one for Ocado.’ 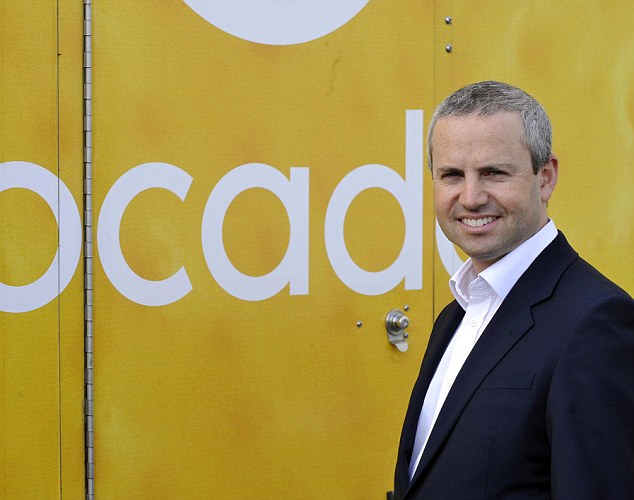 Tim Steiner, chief executive of Ocado, said: ‘The opportunity to partner with Kroger to transform the way in which US customers buy grocery represents a huge opportunity’

As part of the partnership, Kroger will subscribe for 33million new shares in Ocado, which is equivalent to 5 per cent of its current share capital, at a value of £183million.

Kroger and Ocado are already working to identify three new sites for the construction of automated warehouse facilities in the US, with the aiming of identifying 20 such sites within the first three years of the agreement,

If ‘target capacity’ levels are not reached and sites are not found, Kroger will end up paying ‘compensation’ to Ocado, the latter’s announcement of the deal on the London Stock Exchange revealed.

In the longer term, Kroger will retain exclusivity in the US ‘conditional on it meeting market share targets.’

Tim Steiner, chief executive of Ocado, said: ‘The opportunity to partner with Kroger to transform the way in which US customers buy grocery represents a huge opportunity to redefine the grocery experience of Kroger’s customers and create value for the stakeholders of both Kroger and Ocado.

‘As we work through the terms of the services agreement with Kroger in the coming months, we will be preparing the business for a transformative relationship which will reshape the food retailing industry in the US in the years to come.’

Kroger is, according to Ocado, one of the world’s biggest grocery retailers, and a market leader in the US, with sales $122billion worth of sales in the last fiscal year. The group has 2,800 stores, serving around nine million customers each day.

For Ocado’s investors, the group’s flurry of deals could not come soon enough.

The online firm was under pressure over a delay in clinching an international deal after missing a self-imposed deadline of the end of 2015 to expand overseas.

The Kroger US deal is the latest in a string of overseas partnerships Ocado has struck in the past year, including in Scandinavia with Swedish supermarket group ICA, in France with supermarket giant Groupe Casino and another in Canada with Sobeys. In the UK, Ocado works alongside Morrisons. 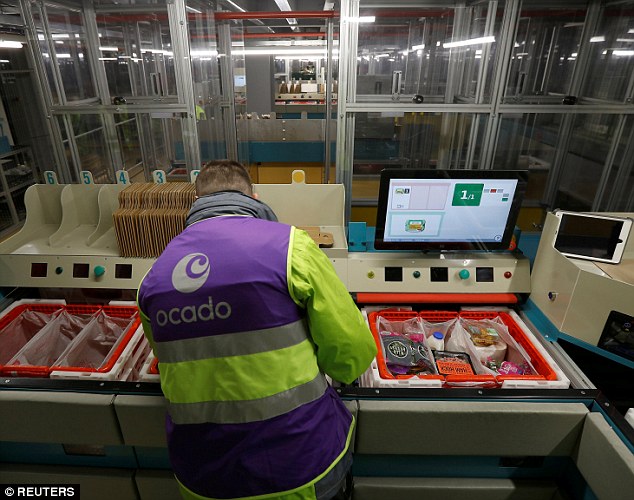 Deals galore: For Ocado’s investors, the group’s flurry of deals could not come soon enough