The energy regulator has increased its price cap on variable tariffs due to rising wholesale prices, it revealed this morning.

Ofgem said its safeguard tariff, which protects around five million households from overcharging, will rise by £47 per year in October to £1,136.

The watchdog said it was increasing the cap due to rising oil prices, which have fed through to wholesale gas prices. 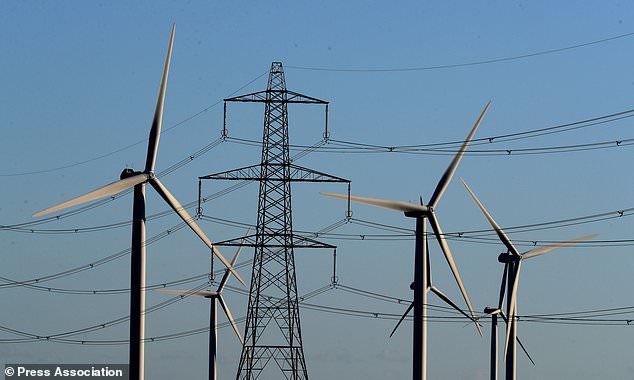 Rising: Ofgem adjusts the level of the tariff twice a year

‘But while the level of the tariff will rise in October, these customers can be confident that this increase is justified and that their energy bill reflects the real cost of supplying gas and electricity.

‘There are also better deals on the market for those who want to save even more money by switching.’

Ofgem also said it was working on a price cap for another 11million households on ‘poor value’ tariffs, with the measures due to be in place by the end of the year.

Ofgem adjusts the level of the tariff twice a year based on a method set by the Competition and Markets Authority.

Peter Earl, head of energy at Compare the Market, said: ‘No price hike is welcome – let alone one which hits the poorest families – but Ofgem’s increase of its safeguard tariff points to a wider issue with the energy market.

‘The price rise, blamed on the increased wholesale cost of energy, equates to 4.3 per cent whereas the Big Six all recently hiked between 4.8 and 6.7 per cent – an average rise of 5.6 per cent – attributed essentially to the same reason.

‘Rate hikes, under the guise of market forces, continue to benefit the major energy companies whilst penalising consumers.

‘The fact that the average customer on a default tariff can save up to £350 by switching provider, is an indication that the energy market is broken and in serious need of reform.’

The rise comes after a series of price hikes from the energy companies over the summer, affecting millions of households.

Consumer groups have warned energy customers about the rising tariffs, saying they should switch to a better deal.

Consumer watchdog Which? has estimated that customers who do not seek out the best deals could end up overpaying by as much as £400 per year.

The Domestic Gas and Electricity (Tariff Cap) Bill will put in place a requirement on Ofgem to cap standard variable and default energy tariffs until at least 2020 to tackle the amount consumers have been overpaying the Big Six energy suppliers.

The Bill enables the temporary price cap to remain in place until 2023 if conditions for effective market competition are not met.