An Ofgem trial designed to encourage customers to switch to a cheaper energy deal has backfired, pushing thousands of households towards a failing supplier.

The energy regulator’s new scheme forces the larger suppliers to contact ‘disengaged’ customers on the most expensive tariffs, with three alternative deals that could save them money including two options from other providers.

Under the scheme SSE reportedly sent 176,000 letters to customers, including 12,917 that mentioned deals from small supplier, Electraphase, according to the Sunday Telegraph. 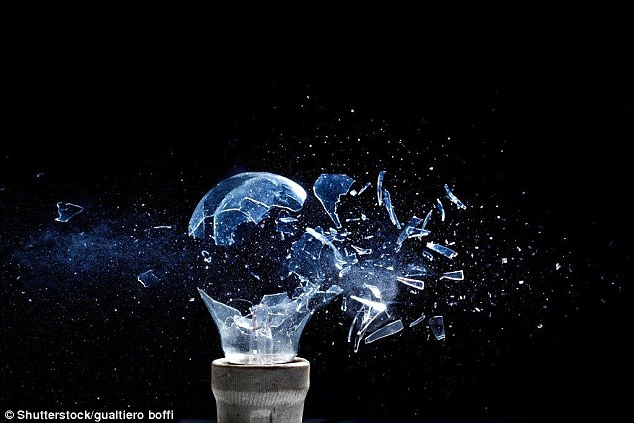 Energy costs: The Ofgem scheme is designed to help customers save money by encouraging them to switch

While still trading, Electraphase – which launched in 2015 – last week hired administrators in warnings signs that the company is struggling to repay its debts.

This is Money has been unable to reach Electraphase for comment.

The Ofgem trial is the latest in a number of measures from the energy regulators to encourage customers who have been stuck on their suppliers expensive out of contract deals to switch away and save money.

It claims some have pushed three times as many customers to move to a better deal, saving an average £300.

Around half a million letters have been sent by the big five suppliers recommending alternative, cheaper tariffs, to encourage people to switch.

A spokesperson from Ofgem told This is Money: ‘Our trials are testing the best way to help disengaged customers on poor value default tariffs get a better energy deal.

‘In one of our trials, SSE wrote to their customers on poor value deals listing three alternative cheaper tariffs available on the open market they could switch to and how much they could save based on their existing tariff and energy consumption.

‘In a small proportion of these letters and emails from SSE, one of the alternative tariffs shown was from Electraphase.

‘We are closely monitoring the current situation with Electraphrase. The supplier continues to trade but if necessary Ofgem is ready to activate its safety net to protect any customers who remain with the supplier.’

The news however, ignites existing fears about the checks made on smaller energy suppliers.

Critics argue these new providers are too easy to set up.

In the last five years, the number of new challenger firms in the market have quadrupled.

While the increase in competition is good news for prices, there are arguments that they use cheap prices to bolster numbers but they cannot keep these up long term and customer service suffers.

Have you been sent a letter suggesting a smaller supplier? Or have any other energy gripe?

Over the past year, several of these energy minnows have gone bust, most recently Iresa which saw customers moved to Octopus Energy as a result of the collapse.

And at the end of 2016 a similar situation saw failed GB Energy hand over 160,000 customers to Co-op Energy.

When a supplier ceases to trade, Ofgem must find a replacement supplier it will also pay any outstanding balances owed by an energy firm that goes bust.

However the regulator is reviewing it’s process for issuing new licences in response.