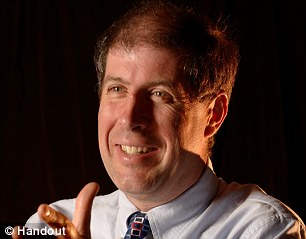 The chairman of the water watchdog Ofwat is set to pocket up to £5million through an offshore company – despite overseeing a crackdown on tax avoidance.

Jonson Cox, 61, will cash in from the sale of London waste incinerator firm Cory Riverside Energy, which he also chairs.

The deal is likely to be criticised because Cory, which burns 750,000 tonnes of rubbish a year to make electricity, is owned through a holding company in low-tax Jersey.

Vulture investor Strategic Value Partners grabbed control of the ailing business in 2015 and hired Cox as chairman to fix it.

Cory is now on the market for up to £1.5billion and Cox will get a windfall if it is sold after investing £400,000 of his own cash.

At Ofwat, which he joined in 2012, he has cracked down on tax-dodging water firms.

Sources close to Cory said its holding firm in Jersey did not offer any tax advantages.