The share buyback has been on the cards since Shell bought rival BG Group in a $54billion (£41billion) deal in 2016.

The market was unimpressed however as the buyback was already reflected in the share price before it was confirmed. 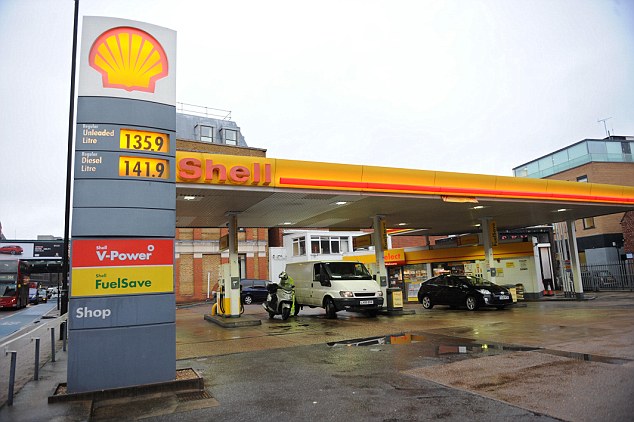 The company’s dividend has been left at 47 cents per share.

Oil and gas production rose 5.4 per cent on an underlying basis year-on-year in the second quarter, but was lower than the previous three months.

Ben van Beurden, chief executive of Shell, said: ‘We are taking another important step towards the delivery of our world-class investment case, with the launch of a $25 billion share buyback programme.

‘This move complements the progress we have made since the completion of the BG acquisition in 2016.’

Shell is in the midst of an ambitious cost-cutting drive and a $30 billion (£22.7 billion) divestment plan originally triggered by the impact of the 2014 oil price crash.

But oil prices have recovered over the past year with Brent crude rising from around $50 per barrel to $75 today.

Shell said it has sold off $27 billion (£20.5 billion) of assets since embarking on the programme, with another $7 billion (£5.3 billion) announced or in advanced progress.

Mike van Dulken, head of research at Accendo Markets, commented: ‘Announcements of new share buybacks are traditionally greeted by share price rises, the expectation being that the company buying lots of shares will push the price higher, or at least support it, thanks to a forced buyer being out there. But that’s not the case this morning for either Shell or Diageo with both trading lower, because this wasn’t the only news they released.’ ‘As good as the news from Shell is, very strong Q2 profit growth thanks to higher oil prices, still missed expectations. Guidance also suggested lower Gas and Upstream production and flat oil product sales. And the dividend was left unchanged.’

‘The latter wouldn’t normally be a biggie, but the negative share price reaction suggests shareholders are asking why some of this monster return over the next two years isn’t being allocated to dividends that they could actually spend or reinvest, rather than the company taking the decision for them,’ van Dulken added.