One in five workers aged 65-plus tried to retire but changed their minds, study shows

Nearly one in five workers aged over 65 have attempted to retire but then taken up another job, new research reveals.

The reasons offered by people for reversing retirement plans were to top up their income and a desire to get back into a routine.

But research by the Post Office also shows older people also attach great importance to work, with 58 per cent believing it is linked to status in society and how they are perceived by others. A similar number of over-50s it surveyed think work gives people a ‘sense of purpose’. 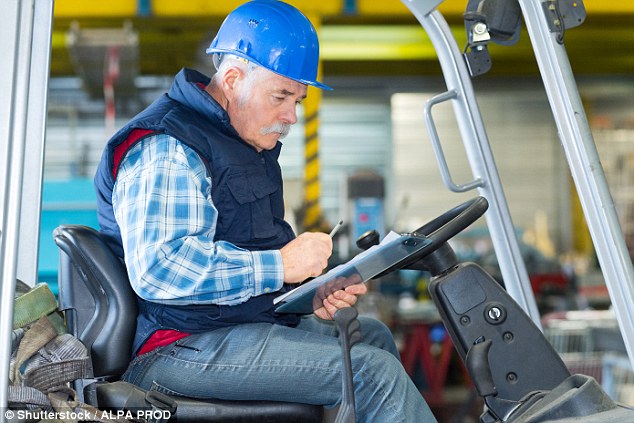 Retirement reversal: Nearly one in five workers aged over-65 tried to retire but changed their plans, new research found

The number of people who are over retirement age but still working has doubled to nearly 1.2million since the early 1990s, according to official statistics. One in 10 over-65s are currently employed.

The Post Office study found many older people believe the traditional idea of retirement, where someone gives up work for good in one leap, no longer exists.

Some 46 per cent of those aged 65 and over believe that modern retirement is about still fitting work into your life rather than stopping work completely.

Official statistics show that the average household spending of over-65s is £20,592 a year, which is roughly matched by average income.

The Post Office said retired households have an additional buffer of an average £47,000 in combined assets.

* One in 10 see remortgaging, loans and equity release as sensible options to borrow money

* Some 30 per cent see their main goal as retaining financial stability.

Chrysanthy Pispinis, director of Post Office Money, said: ‘Our findings demonstrate that the role retirement plays in people’s ambitions and goals for life is changing.

‘While some people may need to remain in work for the income, we’ve seen that many actually enjoy working and the sense of purpose work provides.

‘Whatever the personal reasons and circumstances, it’s clear that the over-65s are culturally redefining what retirement means to us collectively.’

The Post Office surveyed more than 2,000 over-50s, half of whom were above the age of 65, earlier this year.

Do you plan to retire part-time or for good?

Only 27 per cent of UK workers intend to to stop work all at once and fully retire, according to research by pension firm Aegon.

That’s in stark contrast to current UK retirees, half of whom stopped work entirely at retirement age, and also lower than in other European countries.

Some 54 per cent of workers in Spain and 52 per cent in France expect to leave the workforce for good at retirement.

Aegon says pension freedom – which gives people control over their retirement pots at age 55 – and a ban on employers setting a fixed retirement age means many now choose to keep working and earning in old age.