Outsourcer Bunzl makes its first foray into the Norwegian market 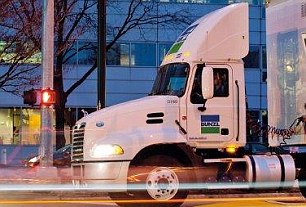 Bunzl has snapped up a Norwegian catering supplies firm

Bunzl has made its first foray into the Norwegian market after snapping up a catering supplies firm, and said further takeovers are on the cards after logging an 8 per cent jump in profits.

The outsourcing and distribution firm announced on Tuesday that it had acquired Oslo-based Enor, which supplies light catering equipment to the likes of hotels, restaurants, hospitals and fast food chains.

The terms of the deal were not disclosed, but Bunzl said Enor logged £27million in revenue in the year to December 31 2017.

Bunzl’s chief executive Frank van Zanten said the deal ‘is an exciting development’ for his firm and means it has operations in 31 countries.

The news came as Bunzl released its half-year results, having logged a 5 per cent rise in half-year revenues to £4.3billion.

Van Zanten added that other takeovers were now on the cards.