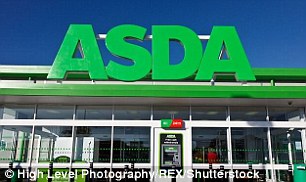 More than 250 jobs are at risk at Asda as it prepares to close a factory.

The supermarket has entered into a consultation with 261 staff at the distribution warehouse in Enfield, north London.

Asda has been forced to close the site due to restrictions that meant it was unable to expand.

It will instead develop other existing sites in London.

Asda is preparing to join forces with Sainsbury’s in a £14billion deal that is being scrutinised by the Competition and Markets Authority.

Keith Dixon, of the GMB union, said the supermarket’s plan to shut the Enfield site ‘is one that is likely to have a negative effect on our members and the local economy’.