In boardroom circles, having just the one job and concentrating on doing it well is terribly old-fashioned. No – if you are to be a self-respecting City grandee, you need to aim for at least two FTSE 100 chairmanships and maybe a couple of top-up posts on the side.

The FTSE 100 is congested with men with dual chairmanships, and it’s a puzzle that shareholders tolerate their multi-tasking because no one, however brilliant, has the time to perform to full capacity in two very demanding positions, particularly when trouble hits.

That is what has happened to the very busy Mr Peter Long. 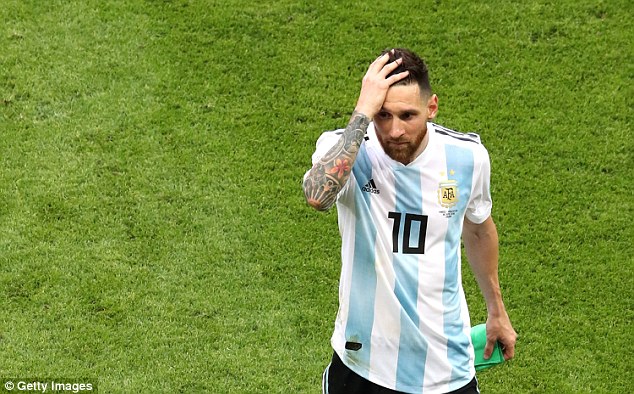 ‘Overboarding is like Lionel Messi playing for Barca on a Saturday… and donning a Real Madrid shirt on a Sunday,’ says Ruth Sunderland

He has the dubious privilege of chairing the Royal Mail, where he should be defusing a nasty row over the chief executive’s residency in Zurich, which some churls see as a bit of a long commute to London.

Unfortunately, it is tricky for Long to lecture his chief executive about the virtues of being on hand for duties at all times, considering his own extensive outside interests.

These include estate agency Countrywide, which is in an unholy mess. He has been executive chairman there since January when the CEO was ousted for poor performance. To fill his idle minutes, Long is also a senior board member at travel group TUI, and, until he recently stepped down, the chairman of a Spanish theme park company.

His is by no means an isolated case of what is euphemistically called ‘overboarding’, or hogging too many seats at top tables.

David Tyler, the chairman of Sainsbury, is one such. As if he didn’t have enough in his shopping trolley overseeing a merger with Asda before he steps down next year, he is also chairman of Hammerson – oh, and he chairs insurer Domestic & General.

If new blood were injected into the UK’s boardrooms, then performance might improve

Hammerson investors, who are annoyed at the disappointing performance of their shares and the collapse of two takeover bids, could be forgiven for wishing he had devoted more time to them.

The phenomenon of the over-stretched chairman came to light this year with Roberto Quarta. He has been dealing with activist investors at Smith & Nephew and the row at WPP over Sir Martin Sorrell.

Why is this happening? Maybe there is a skill shortage at chairman level, but this is ridiculous. It defies all probability that blue-chip companies, who can scour the world for good candidates, cannot find enough talent to fill just a hundred posts. It’s like Lionel Messi playing for Barca on a Saturday… and donning a Real Madrid shirt on a Sunday.

The doubling-up can only be evidence of the old-boys’ club at work and of unconscious prejudice against candidates from outside the charmed circle. Boardroom practice is becoming totally detached from normal working life, where no one would think it reasonable to hold two major jobs at two different companies.

Shareholders shouldn’t put up with it. There’s a simple solution: ban anyone from having more than one FTSE 100 chairmanship, which would encourage companies and their head-hunters to show a bit more imagination with appointments. Who knows? If some new blood were to be injected into the boardrooms of Britain, then performance might even improve.

Alarm bells are ringing again about debt, ahead of a possible interest rate rise. Most people gulp when they hear household borrowing stands at £1.8trillion, and it is sobering to learn this week that family spending exceeded incomes last year for the first time in three decades.

But to put it in perspective, debt in relation to incomes is nowhere near as high as its 2008 peak, the majority is secured against property and employment is at record highs.

The real concern is the culture: ultra-low interest rates since the crisis have made borrowing deceptively attractive and saving seem like a mug’s game. It’s not the level of debt that’s worrying, but attitudes towards it.