The owner of Clydesdale and Yorkshire banks is seeking to snap up rivals on the cheap as lenders brace for a wave of dealmaking.

Sources said the lender has been on the hunt for opportunities for some time, but valuations were too high. 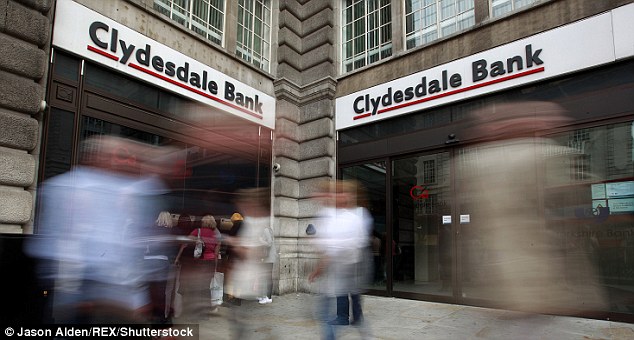 On the hunt: CYBG hopes to expand by buying smaller competitors struggling to cope with slower growth

However, they expect this to change in the next two years amid more subdued growth in lending and the withdrawal of cheap cash previously offered by the Bank of England.

There are a host of small banks seeking to take on the big players, from other listed firms such as Onesavings, the owner of Kent Reliance, to privately owned and much smaller online lenders such as Atom and Monzo.

Analysts have long predicted takeovers in the industry because it is so hard to grow by wooing customers away from their existing bank.