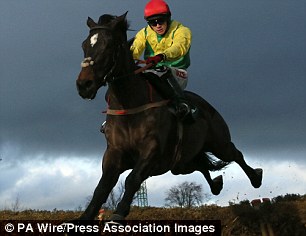 Warning: Paddy Power Betfair expects to make between £470m and £495m this year

Paddy Power Betfair said profits could stall this year as punters rein in betting after months of losses.

The bookmaker, formed by the merger of Paddy Power and Betfair in 2016, expects to make between £470million and £495million this year.

The forecast came as Paddy said good results for bookies, which were bad for customers, meant punters gambled less in the first three months of the year.

Some 14 per cent of horse races in the UK and Ireland were cancelled due to dismal weather between January and March.