An American court has dealt a major blow to Indivior as it battles to stop rivals making cheaper versions of its painkiller addiction treatment.

The District Court of Delaware ruled that pharmaceutical rival Alvogen has not infringed any patents with its generic version of Indivior’s Suboxone drug, its biggest seller.

It will be a bitter pill for Indivior to swallow, but the FTSE 250 drug maker believes it has grounds to appeal the decision. 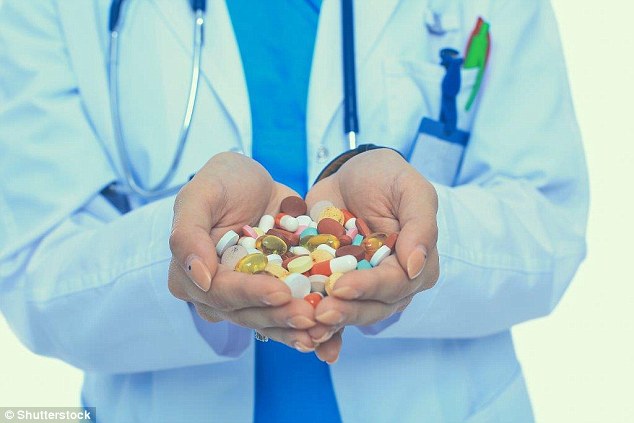 It is thought the US drugs regulator has not yet approved Alvogen’s copycat drug.

However, if it does, Indivior says it ‘would result in a rapid and material loss of market share’ for it in the US.

Shaun Thaxter, chief executive, said: ‘We will appeal this ruling and continue to vigorously defend our intellectual property.’

Investors saw their shares in fire alarm supplier Sprue Aegis go up in smoke due to a messy split with a key partner. Consumer giant Newell Brands has terminated an agreement for Sprue to distribute its BRK smoke alarms in Europe over an alleged trademark breach.

Sprue refuses to say what the breach relates to.

The deal was due to end on March 31, but Newell has brought that forward because of the dispute and says it will not purchase any unsold stock that Sprue holds. AIM-listed Sprue, one of Europe’s leading smoke alarm sellers, says it is seeking legal advice. As a result, it is delaying the release of its full-year results.

Engineer Smiths Group was rooted to the bottom of the FTSE 100 after a slip in profits.

Smiths, which makes everything from defence to medical equipment, says it had been hit by higher research and development costs, as it announced a 12 per cent fall in profits.

However, group chief executive Andy Smith says the firm has made an ‘encouraging start to the year’. 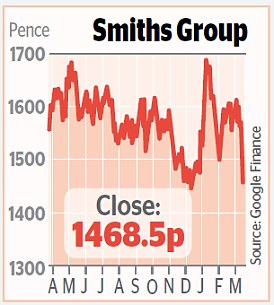 Butcher Crawshaw Group propped up the AIM index after revealing bad weather had hit sales and two directors had quit. Chief executive Noel Collett says he will stay until a replacement is found, although finance chief Alan Richardson will leave in early May.

AIM-listed Crawshaw has 40 butchers across the country. The announcement butchered its shares, which plunged 29.2 per cent, or 1.65p, to 4p.

Sticking with AIM, Fever-Tree’s shares slid 5 per cent, or 150p, to 2807p after it emerged co-founder Charles Rolls had cashed in £82.5million of shares. Deputy chairman Rolls originally intended to sell 1.5million shares, as announced on Thursday, but ended up flogging 3 million due to ‘significant institutional demand’.

A $15 million (£10.6 million) investment to boost mining production sent shares in Serabi Gold through the roof. Under the terms of the deal, private equity group Greenstone Resources will get a 29.8 per cent stake in Serabi, a gold miner operating in Brazil.

The money will be used to extend the life of its Palito and Sao Chico projects, as well as to kick-on with its newly acquired Coringa project.

Small Cap-listed PHP, which owns more than 300 doctors surgeries in the UK, will issue nearly 92.6m shares at 108p each to raise the cash.

However, the board can increase the size of the issue by 25 per cent if there is enough demand among investors, the firm says.