Pay more tax for the NHS, baby boomers are told, so that younger generations can pay less 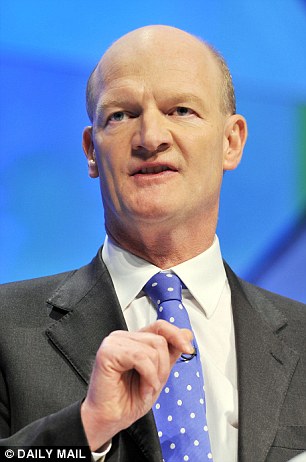 A former Conservative Minister has risked sparking outrage among baby boomers by suggesting older people should pay more tax to bolster the NHS.

Lord Willetts, who was Minister for Universities under David Cameron between 2010 and 2014, made the proposal ahead of a report on ‘inter-generational fairness’ from the Resolution Foundation.

Willetts, head of the think-tank, said wealthy baby boomers – those born between 1946 and 1964 – should contribute to a new NHS levy, allowing younger generations to pay less.

He said: ‘Putting more taxes on the younger working population so that often quite affluent baby boomers have their healthcare and social care funded – we think that would actually be quite an unfair burden on younger people. So we argue that if older people can afford it, as they are sitting on very substantial assets, it is reasonable to expect them to make a contribution through some kind of improved tax system.’

Willetts insisted he was not ‘promoting generational warfare’ but said it would be wrong to make ‘unfairness between the generations worse’.

He told The Mail on Sunday the report this week would show younger generations do have a ‘raw deal’, because their wages are growing slowly and they find it hard to get on the housing ladder.

The 62-year-old peer has two children in their late 20s, neither of whom yet own a home. He added: ‘Maybe I’m a ludicrous optimist, but I actually think older people care about the prospects of their kids and grandkids.’

Former Pensions Minister Baroness Altmann said it is sensible to find a way to fund future health and care costs but added it is wrong to start ‘pitting one generation against another’.

She said: ‘Older generations tend to have worked hard, contributed to the country – and young people have their lives ahead of them. So the fact that younger people have less than older people right now is how you would expect society to be.

‘What you don’t want is for young people to somehow think that it’s not fair that older people have so much money.’