Around two million pensioners are missing out on more than £300 million in savings interest each year because they don’t use the internet.

Research by Money Mail found older customers who bank in high street branches are missing out on the best deals, as these are offered only to savers who sign up online.

Official figures show that four in five of those who aren’t online are over 65 — equal to 3.8 million people.

An estimated six in ten over-65s have savings, investing £45,000 each on average. 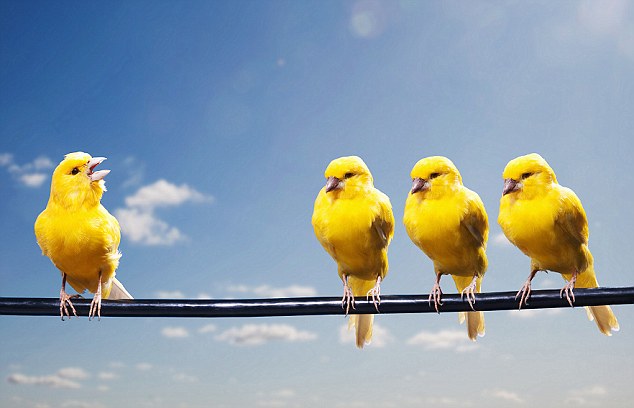 Official figures show that four in five of those who aren’t online are over 65 — equal to 3.8 million people

If they stick to the High Street because they can’t get online, they will find rates are typically 0.3 per cent points lower.

It is yet another blow to hard-pressed savers after the Bank of England last week postponed an expected hike to the base rate.

Campaigners are now calling on banks to stop discriminating against older customers who cannot, or do not want to, use computers.

‘Banks are abandoning many older customers, who are often the most loyal, by disadvantaging them unfairly, instead of valuing and rewarding them’.

By contrast, the top five online rates are all 1.25 per cent or above.

These are led by Bank of Cyprus UK’s easy access account paying 1.32 per cent — or 0.31 per cent points above Virgin Money’s top high street rate.

In some parts of the country, it is possible for customers in bank branches to get better returns from small challenger banks and building societies. Kent Reliance offers 1.25 per cent on easy access savings accounts.

But it has just nine branches and they’re all in the South East.

Metro Bank pays 1.65 per cent interest on one-year fixed rate bonds — but the 55 branches in its network are also largely in the South East.

Some older customers say they’d rather bank in person but have moved to online accounts because they were being frozen out of the best deals.

Anthony Bennett, 66, from Chorley said he felt forced to go online because he was not eligible for cashback deals and better interest rates by banking on the High Street.

He says: ‘I felt I was being penalised for using a branch and wanting to do my banking in person.

‘Since going online I have been able to reap the rewards they offer. But it’s unfair to customers who can’t, or won’t, go online. They shouldn’t be frozen out.’

‘So it’s terribly unfair of the banks to offer better rates on online accounts that will prevent a sizable number of older people from enjoying them.

Last month, the Mail revealed that nearly four million pensioners face a series of financial penalties designed to push customers to internet deals because these are cheaper for big companies.

These included being charged up to £1,673 too much for their home and car insurance over the past decade.

The Government has also come under fire for locking non-internet users out of its top-paying Investment Guaranteed Growth Bond, which offered 2.2 per cent for three years.