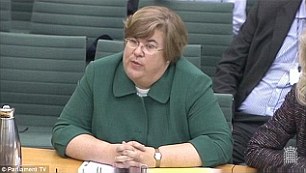 The boss of the pensions watchdog is leaving to spend more time with family, amid a collapse in early retirement for ordinary workers.

Lesley Titcomb, 56, will stand down as head of The Pensions Regulator (TPR) next February to pursue a more relaxed lifestyle.

Titcomb, married to Tory MP Mark Prisk, came in for heavy criticism for failing to protect workers at collapsed firms such as BHS and Carillion.

She was not in the pension scheme at TPR, where she was paid up to £225,000, but is thought to have a generous pot from a previous role at the Financial Conduct Authority. It is not clear if she seeking another job.

Insurer Aviva said this year that by 2035, almost no one will give up work before they turn 65.

The number of retired under-65s has fallen from 1.6million in 2011 to under 1.2million. And the number of women working over the age of 50 has hit a record high of 2.7million.