Nimby. There are considerably worse things you can call people, but in the UK that insult carries a certain heft.

If you’re a Nimby, you are driving up the price of homes, preventing young families from having a place to live, and responsible for a housing crisis.

If only you’d stop being so selfish, give up your precious Green Belt, and stop protecting your unearned property gains, we wouldn’t have a problem.

Except, of course, such rhetoric is nonsense. 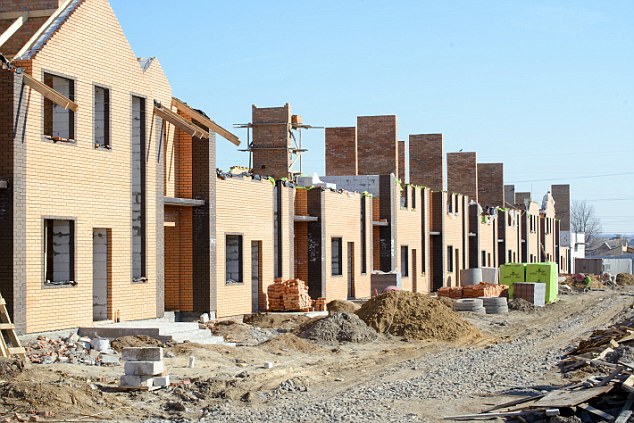 The Government delivered its latest pronouncements on building more homes this week, but unless it can convince people that hospitals, schools and better transport will arrive alongside the houses, they will be reluctant to back them

An element of Britain’s high house prices is caused by a shortfall in new home building, but the bulk is down to decades of low interest rates, the financialisation of the property market, and banks dishing out ever more money.

Not that this got much mention in the Government’s latest housing pronouncements this week.

The particular bout of money madness in the 2000s culminated in homes becoming the most expensive they had ever been when compared to wages.

If we had imposed more limits on what banks and building societies lent out and that it was done on a repayment basis, rather than allowing them to go hell for leather with interest-only mortgages, house prices would never have got so high.

We reached a peak in 2007, then the financial crisis arrived. But rather than take the pain and see house prices fall back to levels where they could be judged as cheap – or even affordable – we did everything we could to prop up the market.

In parts of the country hit hardest by the Great Recession, prices have gone nowhere since and even fallen, making homes slightly more affordable, although still expensive by historic standards.

In London and the commuter belt, where cash-rich buy-to-letters resided, the economy bounced back on cheap money, and Europe’s brightest young professionals escaped economic crisis in their home countries, property prices shot back up to outstrip the 2007 peak.

None of this is a Nimby’s fault. 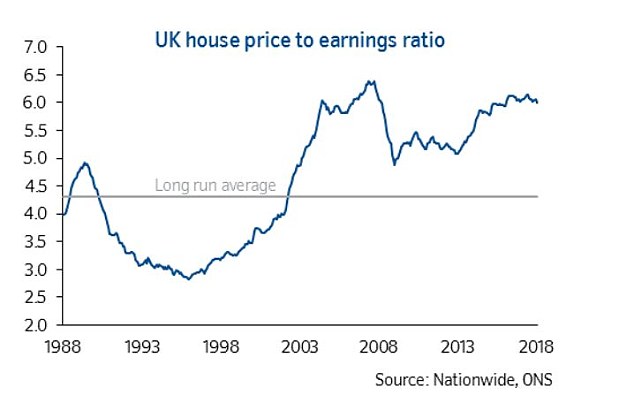 Furthermore, I would argue that many of those nimbies don’t warrant insulting anyway. After all, if you don’t look after your back yard, who will?

Certainly, many people who object to prospective developments are unlikely to believe the authorities will do so.

I grew up in one of those towns in the Green Belt outside London. Through my lifetime I have seen the population swell, but hospitals, A&Es and maternity wards closed. There aren’t enough spaces for children to go to school in their own town, the trains are full, and the roads are jammed and falling apart.

When residents think their infrastructure can’t cope with the number of people who already live there, why would they back more houses?

It’s not even clear how successful building more homes would be in bringing down prices, unless you flooded the market with them.

At the moment, homes cost just under six times wages on average, compared to a long-run average of about 4.3, according to Nationwide. House prices would need to come down by 28 per cent to get to that long-run average ratio.

Many people are highly dubious that the UK could build enough homes to even come close to doing that – particularly as limited construction skills and resources mean the kind of mass scale development required would most likely send the cost of building homes soaring.

Flooding the market would be necessary as at the moment new-build homes are sold as a premium product.

Rather than bringing down prices by coming to the market at a discount, new builds are priced on average 30 per cent higher than existing stock, according to research using Land Registry data for the new LCPAca residential index.

It is possible but rare to get new homes to market at less than the current local price and a Savills report last year highlighted popular areas, including Biggleswade, in Herts, and Aylesbury, in Bucks, where this had been done at about a 15 per cent discount.

Regardless of this, until people believe the hospitals, schools and trains will arrive alongside the homes, Britain will continue to lose the battle to win homeowners over to thousands of new builds on their doorsteps.

So, where’s the grand plan on that?

The Cambridge to Oxford plan

The one bright spot in terms of actually talking about infrastructure alongside building new homes in the Government’s plans is the proposal to build in what’s known as the Cambridge to Oxford corridor.

This arc stretching between the two famous university cities, with their strong knowledge-based economies is seen as a prime spot for building, with five new garden cities planned. 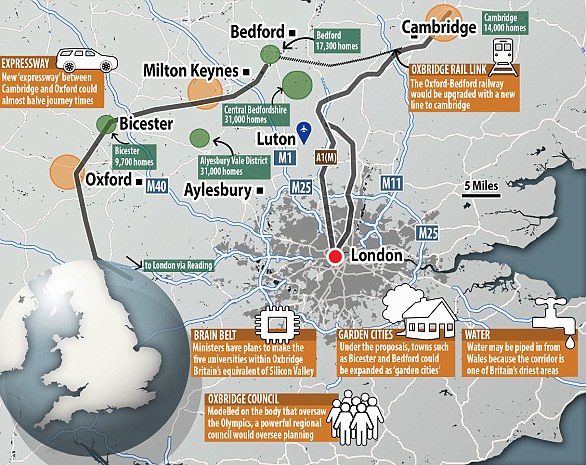 To support this there is talk of a East to West rail route being created, between Cambridge and Oxford and an expressway road being built.

This would go solve the transport problems of two cities, 67 miles apart, where the road journey takes two to three hours and the rail journey involves a three-hour trip into London and back out.

Dig into the report though and it’s not quite the magic bullet politicians suggest. Neither the rail link or the express road are expected to be able to be built before 2030.