Pepsi snaps up Soda Stream for £2.5bn as it steps up battle with Coca Cola in healthy drinks market

Pepsi is buying Soda Stream as it steps up its battle with Coca Cola in the healthy drinks market.

The American fizzy drinks giant, which also owns Tropicana and Walkers crisps, has agreed to pay £2.5bn for the company, which has been advertised by actress Scarlett Johansson.

Founded in the UK in 1903, the Soda Stream was a coveted drinkmaking device in British kitchens in the 1970s and 1980s, allowing people to create fizzy drinks by adding flavoured syrup to carbonated tap water. 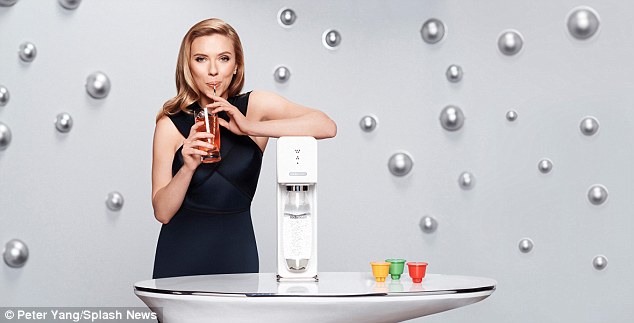 The Israeli firm now markets itself as a sparkling water maker for younger, health-conscious and environmentally aware customers.

Pepsi has been pushing into healthier drinks and snacks by cutting sugar and calories.

Its soon-to-depart chief executive Indra Nooyi – who will be replaced by Ramon Laguarta – called the deal an ‘inspired match’.

She said that Soda Stream’s boss Daniel Birnbaum had built an ‘extraordinary company’.