Marks & Spencer could scrap the Per Una brand – once the jewel in its womenswear crown – amid fears that the label no longer has fashion credibility.

In its heyday as the cooler and more stylish face of M&S, Per Una made hundreds of millions of pounds every year for the retailer.

But its popularity has waned and chief executive Steve Rowe has put the brand under review alongside other in-house labels that are seen as being past their sell-by dates. 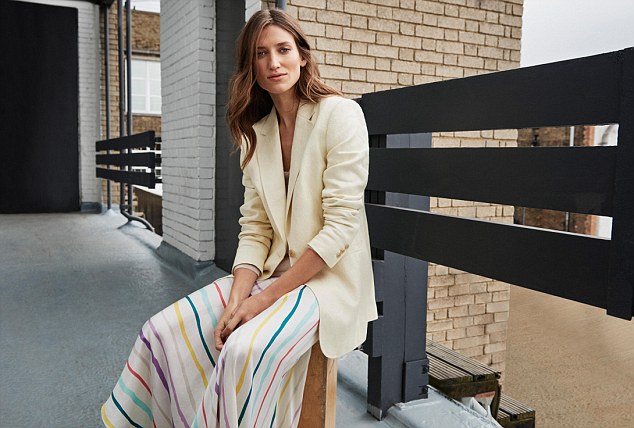 Fading fast: The Per Una label stocked at Marks & Spencer is no longer such a moneyspinner

Per Una – which means ‘for one woman’ in Italian – was launched in 2001 and in the early days its outfits flew off the shelves.

But in recent years M&S has been struggling to return to the glory days when it dominated women’s fashion on the high street.

The chain has been forced to reassess its brands because of a persistent decline in sales and profits.

Other labels that are being scrutinised by bosses include the upmarket Autograph selection, Limited Edition, which is also meant to be fashion-forward, and menswear range Blue Harbour. 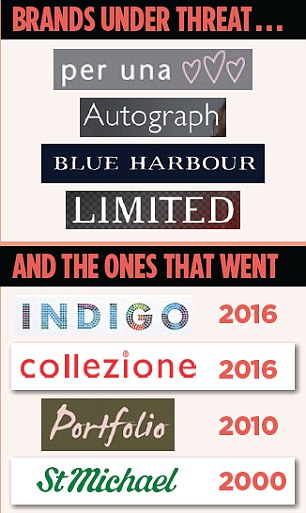 City sources said that if Rowe opted to keep Per Una and his other tired brands he would need to invest significant sums in trying to perk them up – and even then the initiative still might not work.

The threat to Per Una is a sign of the depth of the crisis at M&S. Chairman Archie Norman said last month that the chain was on a ‘burning platform’.

Norman arrived last September and has lost no time trying to stop the rot. His withering assessment has already led to a property cull that will see a third of the firm’s clothing stores shuttered.

M&S also admitted in a recent report that the vast sum of money spent relaunching its online business four years ago may have been wasted.

Per Una’s creator was George Davies, the fashion mogul behind the Next stores chain. He was also responsible for George at Asda. In 1999, he was persuaded to set up Per Una by M&S’s chief executive at the time, Roger Holmes.

The label was launched to much fanfare and three years later it was bought out by M&S for £125 million in a deal under Stuart Rose, now Lord Rose, as part of his successful defence against a takeover bid from Sir Philip Green.

Davies stayed on overseeing Per Una until 2008, but soon after his departure he complained that the corporate culture at M&S was ‘killing’ the brand he had nurtured.

Even after Davies’s exit, Per Una was regarded as untouchable and it escaped repeated culls of lesser brands over the years.

At its height, industry sources say Per Una brought in as much as £750 million a year.

Holmes once declared it had generated ‘billions of profits for shareholders’ because it drew customers into stores and they then went on to buy other items.

The retailer last week launched its latest clothing ranges for autumn and this included Per Una.

The company said it is ‘continuing to review’ its sub-brands, adding that some have ‘lost their identity in recent years’.

The Portfolio label was discontinued in 2010. In 2016, M&S said it would cut the Indigo label from womenswear, along with Collezione and North Coast from menswear.