Geneva based Pictet Asset Management is not your typical investment house.

Unlike most of its rivals, it is not a listed company but a partnership which means it does not have to keep the City happy with ever increasing profits and revenues. It can take a more laid-back and considered view and plan for the long term.

It also goes about its investing in a slightly different way. Rather than run traditional equity funds set up on a geographic basis, it is big into identifying key investment themes and building portfolios to profit from them.

The result is that a fifth of the £140billion of assets it manages are now in single thematic funds such as water, robotics, biotech and clean energy – areas that are growing rapidly as a result of new technological developments.

The logic is that these themes will gain popularity and drive stock markets forward.

Sometimes the themes that Pictet chooses run their course, necessitating a change of direction.

The Telecom fund is now the Pictet Digital fund while the latest repositioning has taken place on Pictet Agriculture which since August last year has been renamed Pictet Nutrition.

The fund’s portfolio has also been overhauled to reflect the greater emphasis on investing in companies which are helping improve the quality of food.

‘Out have gone the pesticide manufacturers and the red meat suppliers,’ says Cedric Lecamp, manager of the fund. 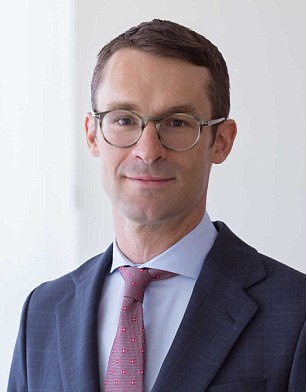 Cedric Lecamp: ‘What we are now doing is looking for companies that are helping produce healthier food and reducing food wastage’

‘What we are now doing is looking for companies that are helping produce healthier food and reducing food wastage both in the production process and when it arrives on the shelf.’

The buzzwords for Lecamp are ‘quality, access and sustainability’. He is focused on companies which are ensuring better quality food, providing wider access to healthy produce or enabling more food to be yielded from the land that then lasts longer.

Lecamp estimates that there are some 350 companies worldwide that meet the fund’s investment criteria. Of these, 150 are ‘real candidates’ for inclusion in the fund although currently holdings total 55.

Key positions include a stake in food manufacturer Kerry Group, owner of brands such as Dairygold, LowLow and Charleville. The Irish-based company ticks Lecamp’s boxes because of its determination to reduce the use of salts, sugar and fats across its brands.

The fund also has a position in Chr Hansen, a Danish producer of enzymes and cultures that help extend the shelf life of many dairy products. Located north of Copenhagen, Lecamp says Chr Hansen is part of a ‘silicon valley of enzyme technology’.

Any suggestion that the fund is based more on marketing hype than investment potential is washed away by two key facts.

First, all potential investments are screened by third party the Access to Nutrition Foundation for their commitment to delivering healthier food products.

Secondly, while Lecamp dictates the fund’s holdings, he also draws on the knowledge of key nutritional experts.

They are part of an ‘advisory board’ whose role is to help Lecamp identify emerging nutritional themes – the idea being that he can then invest in companies operating in these areas before anyone else.

Enzyme technology is currently the rage although Lecamp and his advisers believe personalised nutrition – tailored nutritional advice – could be the next big theme to take off.