Plans for a cargo airport on the Isle of Thanet in Kent have moved a step closer.

The Government’s Planning Inspectorate has launched an inquiry into proposals by Riveroak Strategic Partners to reopen mothballed Manston Airport.

The airfield has been closed for four years but Riveroak believe it could be used to divert cargo away from congested airports. 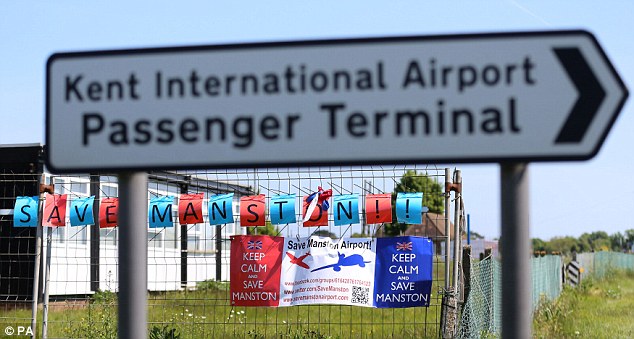 Mothballed: Manston Airport on the Isle of Thanet in Kent has been closed for four years

Roger Gale, North Thanet MP, said: ‘We are desperately short of runway capacity in the South East and Manston offers an opportunity.’