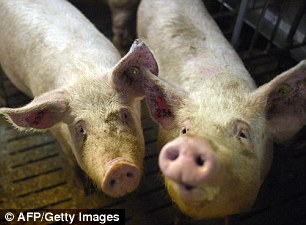 Bringing home the bacon: Pork boss Wan Long has been given a £214m pay deal

The owner of a giant pork processing factory has been given a £214million pay deal – bigger than many of the wealthiest Silicon Valley tycoons.

It makes him one of the world’s best-paid businessmen.

Long started as a factory worker at the firm, but rose through the ranks and has transformed WH Group into the world’s biggest pork producer.

The company was formerly called Shuanghui Group but was renamed a year after it bought US rival Smithfield in 2013.

Long, estimated by Forbes to have amassed a £950million fortune, once reportedly said: ‘What I do is kill pigs and sell meat.’

He has told Chinese newspapers that he does not smoke or drink, and was focused only on running his company.