The Stoke-on-Trent company grew sales for the ninth year in a row to £84.8million, a 10.6 per cent jump on a year earlier.

Strong sales in the UK and US glazed over disappointing results in South Korea, where revenue plunged 32 per cent to £6.6million. 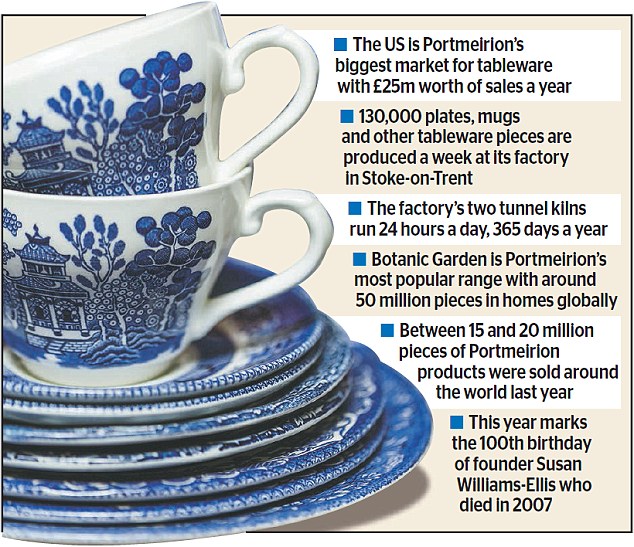 Portmeirion grew sales for the ninth year in a row to £84.8m, a 10.6 per cent jump on a year earlier

Portmeirion said a shift to casual dining there had hit sales, but a growing presence in other Asian countries like Taiwan and Hong Kong had offset losses.

It is reviewing the types of products it sells in South Korea to be more attractive to consumers.

Portmeirion sells more than two-thirds of its plates, bowls, mugs and other tableware overseas, with the US and South Korea being two of its biggest customers.

Profits at the AIM-listed company jumped by 13 per cent to £8.8million.

Portmeirion has integrated its home fragrance business Wax Lyrical with its other homeware ranges, boosting sales.

It bought Wax Lyrical for £17.5million in 2016 and has started selling candles and diffusers alongside its pottery.