Poundworld has become the latest retail casualty on the British high street as it called in administrators on Monday, putting 5,100 jobs at risk.

The budget retailer has appointed Deloitte to handle an administration after last-ditch rescue talks with R Capital broke down over the weekend.

Poundworld, which is owned by TPG Capital, has 335 stores. Its collapse comes after both Toys R Us and Maplin fell into administration earlier this year. 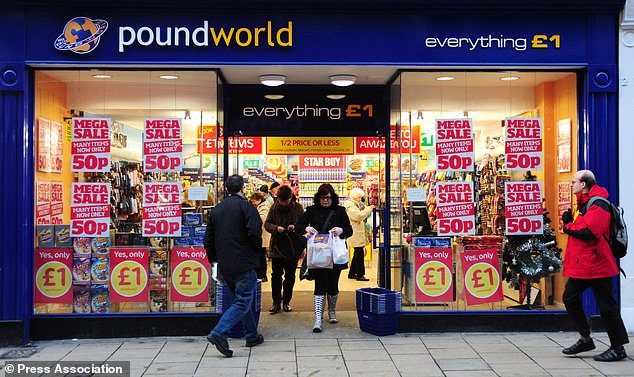 Deloitte will try to find a buyer for the business, and has said there are no redundancies or store closures at this time.

Clare Boardman, joint administrator at Deloitte, said: “The retail trading environment in the UK remains extremely challenging and Poundworld has been seeking to address this through a restructure of its business. Unfortunately, this has not been possible.”

She said the business was hit by falling footfall, alongside rising costs and weak consumer confidence.

A spokesman for TPG said putting the business into administration was a “difficult decision”.

“We invested in Poundworld because of our belief in how the company serves its customers and the strength of its employees,” he added.

“Despite investing resources to strengthen the business, the decline in UK retail and challenging behaviour affected Poundworld significantly.”

It is understood that TPG and Poundworld’s management rejected offers to buy the business out of a pre-pack administration, and were hoping to sell it as a solvent business.

But a deal could not be struck.

The news came just days after House of Fraser detailed its plans to shut 31 stores, affecting around 6,000 jobs.

House of Fraser is seeking landlord approval for the restructuring plan, which is a form of insolvency known as a Company Voluntary Agreement (CVA).

A raft of CVAs have been struck in recent months as retailers struggle amid surging costs, rising business rates, competition from online rivals and a slowdown in consumer spending.

Other retailers undertaking CVAs in a bid to keep trading include New Look, Mothercare and Carpetright.

Restaurant businesses have also been seeking to cut their costs with store closure programmes, with Carluccio’s, Byron and Prezzo all pushing through CVAs this year.