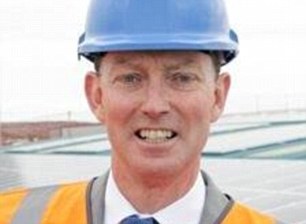 EN+ chairman Lord Barker is attempting to appease US authorities

The president of embattled EN+ has stepped down as it tries to survive US sanctions.

Maxim Sokov, 39, is the seventh to resign from the aluminium group since sanctions were imposed, and comes under independent chairman Lord Barker’s plan to appease US authorities.

Barker, who was UK energy minister in David Cameron’s government, plans to bring in independent board members as well as reduce the stake of owner Oleg Deripaska to below 50 per cent.

He hopes that will prompt the US to lift the sanctions slapped on Deripaska and several of his businesses earlier this year in response to his links to Russian president Vladimir Putin and Russia’s alleged ‘malign activity’ around the world.

Sokov said: ‘EN+ is currently facing unprecedented and unforeseen challenges and I have taken the decision to step down for the sake of its future prosperity.’