Despite a slowdown in London’s property market, stark house price disparities remain across the country, according to research published today.

A square metre of property in Westminster costs nearly ten times as much as it does in the town of Aberdare in the valleys of South Wales, according to a report from Halifax.

The former mining town has the least expensive property in Britain, with a per square meter price at £969. That compares to the Westminster figure of £9,379. 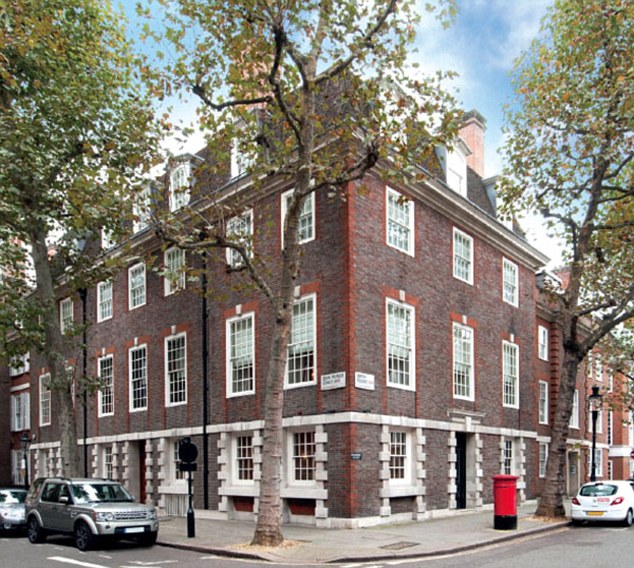 Pricey: The cost of residential property is the most expensive in Westminster

All of the most expensive areas were in the capital.

However, a property price slump in London has allowed other parts of the country to catch up.

East Anglia was the region with the biggest price increase over the past year.  Property prices there rose by 7 per cent reaching to £2,256 per square metre.

Burnley in the North West was the standout performer. Prices increased by 24 per cent in the Lancashire market town. 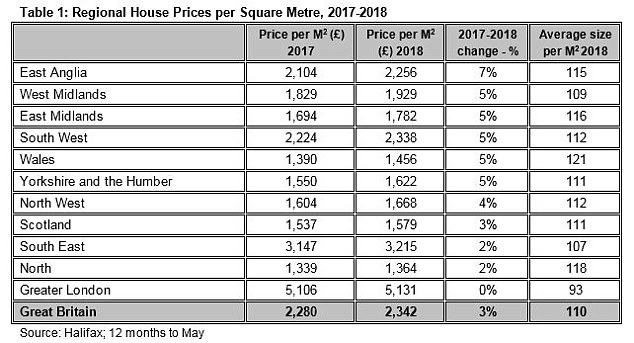 Going up: East Anglia saw a 7 per cent rise in property prices per square metre

Other northern towns and cities saw impressive growth such as Linlithgow in Scotland seeing a 16 per cent rise and the market town of Newton-Le-Willows, in St Helens, seeing an 18 per cent rise.

Russell Galley, managing director, Halifax, commented: ‘It is no surprise that Greater London is substantially more expensive than anywhere else in the country. Should recent trends persist, prices in the capital will continue to tread water whilst the rest of the country slowly plays catch up.’

‘While cheaper locations such as Scotland and Wales have started to increase more rapidly over the last 12 months, the prices per square metre in Scotland and Wales mean home buyers can get a lot of house for their money in these regions compared to Southern England.’