The senior auditor overseeing BHS before it went bust bragged of his relationship with Sir Philip Green while failing to flag up major risks in the firm’s accounts, a damning report has found.

PwC partner Steve Denison, 53, signed off BHS as a going concern in March 2015 after just two hours of work on the audit.

Two days after the accounts were signed off, the chain of 163 stores was sold by Sir Philip Green for a symbolic £1 to serial bankrupt Dominic Chappell. It went bust just one year later, with the loss of 11,000 jobs. 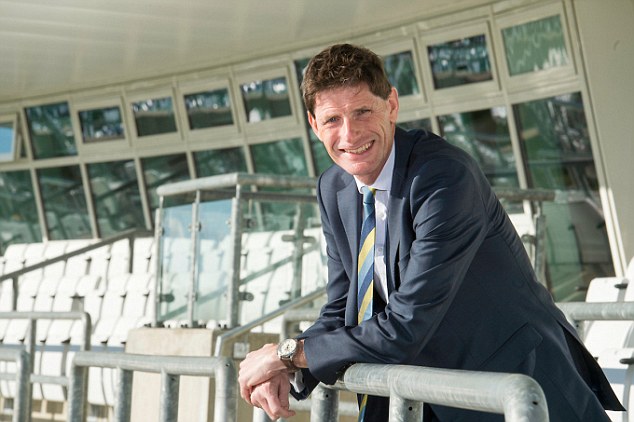 PwC partner Steve Denison, 53, signed off BHS as a going concern in March 2015

In a damning judgment, the Financial Reporting Council (FRC) laid bare a catalogue of errors made by PwC and Denison before the chain was sold.

It says they failed to be sceptical about assumptions made by BHS management. They also failed to spot costs and revenues being understated by £21.8million.

The FRC said Denison backdated the audit by a weekend at the request of a colleague, to meet clients’ expectations and because it was ‘neater’. The watchdog said his and colleagues’ independence was threatened by all the other work PwC did for BHS, as well as his long-standing relationship with Sir Philip Green.

According to the report, Denison allegedly said in 2014: ‘I continue to receive great feedback from the senior people at my clients [Sir Philip Green].

‘As a result, the incidence of them asking the other firms for help or advice is very limited.’

Denison has been banned from the profession for 15 years and fined £350,000, while PwC has been fined a record £10million.

The FRC is putting accountants under increased scrutiny following the collapse of Carillion. It comes amid widespread concerns about auditors’ cosiness with their clients and calls for the market to be overhauled.

Yorkshireman Steve Denison was chairman of Yorkshire County Cricket Club but had to step down in July in the wake of the PwC sanctions over his work for BHS.

In a statement at the time he said he believed England and Wales Cricket Board regulations meant he could not stay in post.

He added: ‘To say I’m heartbroken is a massive understatement at what has already been an incredibly difficult time for me and my family.’

The watchdog found Denison recorded an ‘inadequate’ two hours work on the BHS audit – on February 12 and March 9 – in the key final months. During the same period, he did 31 hours of non-audit work for Philip Green’s firm Taveta.

Much of the work was delegated to a junior colleague who had only qualified a year earlier – and apparently did not know of BHS’s impending sale – and even more junior colleagues. The FRC said management assumptions, including that BHS would break-even in 2022 despite making a £34.6million loss the year before, were not challenged enough.

It said: ‘PwC and Denison did not have enough evidence to confirm whether BHS had made a profit or a loss. This was a particularly serious failing in circumstances where PwC and Denison knew that BHS was likely to be sold out of the group very soon.’

The report has been ready for some weeks but Sir Philip asked for inaccuracies to be corrected.

A spokesman for Taveta said that the report was unfair as it did not accurately reflect the true financial position of BHS.

He said: ‘Taveta made available to BHS substantial cash, real estate assets and bank guarantees at completion of the sale which supported the business plan and allowed it to continue to trade.’

Steve Denison said the report was incomplete and potentially misleading, and that he spent more than two hours on the audit. PwC said it was sorry its work had fallen below its standards and said it has taken steps to improve.