Quorn is creating hundreds of jobs with a £7m expansion at its Yorkshire base as sales of its meat-free products have boomed.

The company, which sells ready meals using a fungus as an alternative to meat, as well as products that replicate the shape and texture of everything from burgers to fish fingers, said it would build an innovation centre at its HQ in Stokesley. 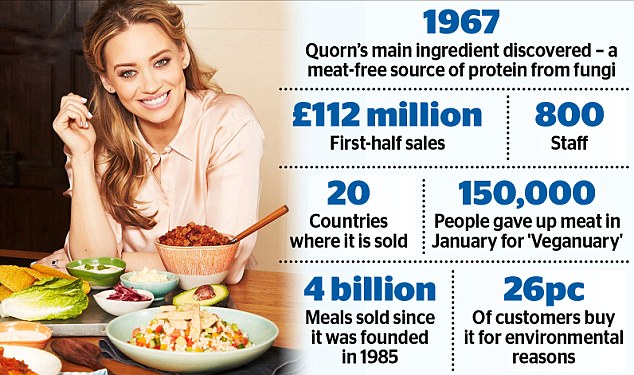 Quorn said the expansion, on top of a £150m investment at its Teesside site, was necessary thanks to the number of people switching to vegetarian and vegan diets, as well as ‘flexitarians’ – those who cut down on meat for health or lifestyle reasons.

Kevin Brennan, chief executive, added: ‘With our renewed investment we expect to lead the way for decades to come.’