Google has narrowed Apple and Amazon’s lead in the race to a $1trillion valuation as its shares jumped to record highs.

As shares rose 4.5 per cent in parent company Alphabet, its value leapt from around $839billion to nearly $865billion. 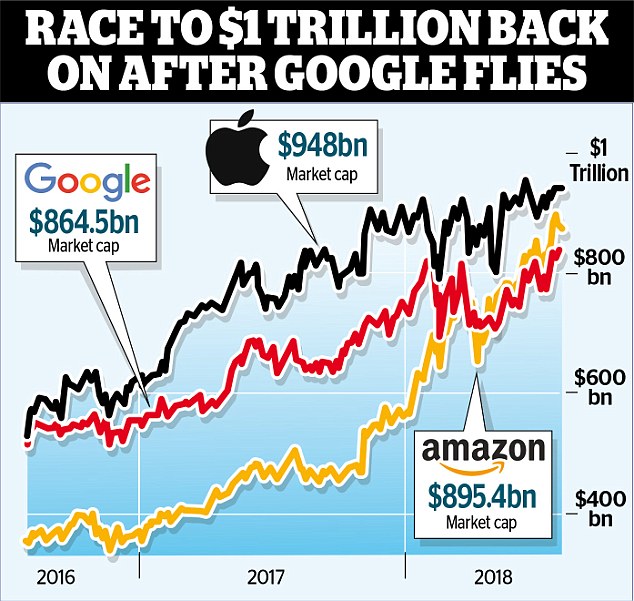 That reduced the gap between the firm and tech rival Amazon, worth around $895billion. Apple is closest to the symbolic $1trillion mark at $948billion.

It comes as Google is preparing for a major battle with its competitors in customers’ living rooms.

It wants to dominate video streaming with its plug-in Chromecast device – a rival to Amazon’s Fire TV Stick – and also sells the Google Home smart speaker, which competes with Amazon’s Echo and Apple’s HomePod.

Overall, Google reported £24.9billion in sales and a profit of £2.4billion, although that was after a £3.9billion EU fine issued because of competition concerns around its Android smartphone operating system.