RAY MASSEY: The new Volvo V60 estate is a solid family car with a touch of flair

The Volvo estate has been an emblem of middle-class family motoring in Britain for generations.

And, despite the ceaseless rise of the sports utility vehicle, Volvo is determined to keep things that way with its smart new V60 estate.

I’ve just driven it round some of Britain’s best roads and finest landscapes — the North Yorkshire moors — and it’s grand. 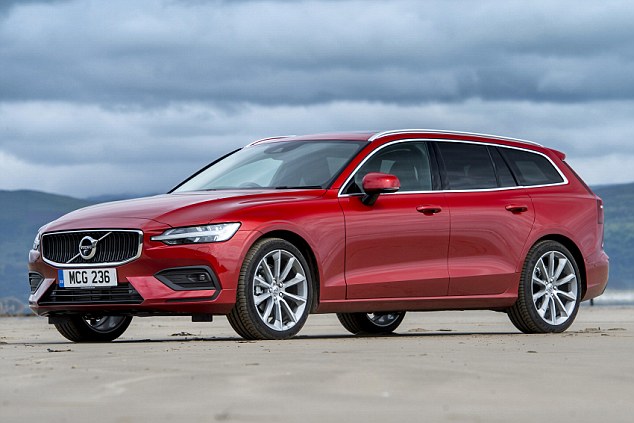 Middle-class wheels: The new V60 is a sporty revision of one of Volvo’s emblematic models

Volvo bosses say it’s designed to prove that estate cars needn’t be dull or ‘boxy’, ironically the very shape for which Volvo estates were once renowned.

But this new mid-sized load-lugger is svelte and comes in 14 exterior colours and five upholstery shades.

The normally neutral Swedes are aggressively gunning for German rivals including the Audi A4, BMW 3-series Touring and Mercedes-Benz C-Class estate.

There are two trim levels at launch — Momentum and Inscription. A sporty R-Design will follow as the top trim.

All are front-wheel drive, though a full 4WD CrossCountry model will follow by the end of the year.

While the base price is around £31,000, a mind-boggling menu of extras and options could easily add a quarter to that.

On the other hand, it’s a car that will hold its value. Price expert CAP HPI predicts you would recoup almost 44 per cent of its purchase price after three years and 30,000 miles.

Although Volvo has announced it’s phasing out diesels in favour of hybrid and electric cars, it’s sticking with the fuel for the V60, which is designed to appeal to high-mileage company drivers, school run parents, and those taking adventurous holidays and weekends away.

If the sizzling weather’s not been hot enough for you, get behind the wheel of Ford’s outrageous new Fiesta ST. It should come with a health warning.

What a little corker, with sharp go-kart like handling and blistering pace. Priced from £19,996 and available in three or five doors, it’ll sprint from rest to 62 mph in 6.5 seconds up to a top speed of 144 mph. 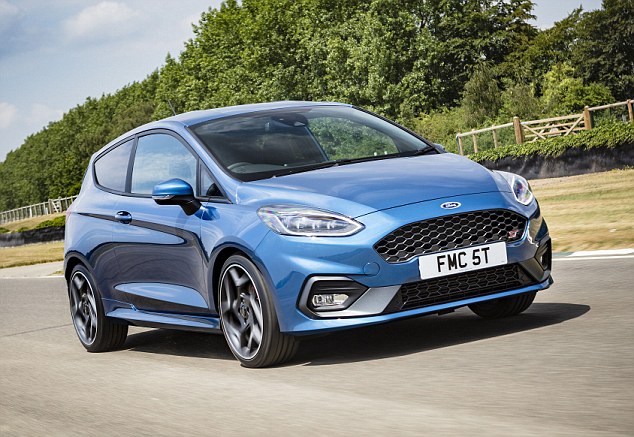 The new 200 hp,  three cylinders Fiesta ST has with sharp go-kart like handling and blistering pace

This hot-hatch, left, puts the ‘boy!’ into boy-racer, yet it’s practical enough for day-to-day driving. It’s roomy inside with a fair-sized boot and will average 47 mpg.

The frugal, but fierce three-door 200 hp 1.5T EcoBoost has three cylinders, but runs on just two when fuel saving.

Hard suspension means you’ll feel every bump on Britain’s potholed roads, but it’s worth it. 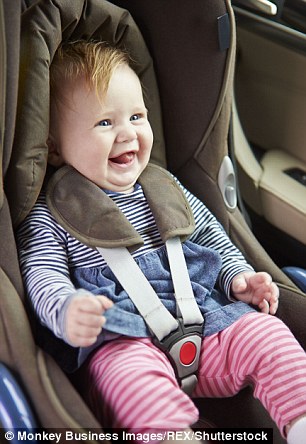 Top for tots: Mazda’s CX-5 has been named safest used car for ferrying children around

For parents looking to carry their precious cargoes extra safely, Mazda’s CX-5 has been named safest used car for ferrying children around.

Second place in the index, created by Co-op Insurance jointly with Thatcham Research, went to the VW Touran, followed by the BMW 2 series Active Tourer, Nissan Qashqai and Toyota RAV-4.

Rankings are based on a formula that requires all cars to have a top 5-Star crash-test rating, Autonomous Emergency Braking (AEB), and to perform well on child occupant scores, which include front and side protection and ease of fitting child restraints to rear seats.

Their report also hails Volvo’s V40 (with safety pack) as safest used car for less than £15,000, for children of all ages, followed by the Honda Civic, Hyundai i30 and BMW 2 Series Active Tourer.