RBS is worst for PPI complaints, with almost one in four customers saying they found the process difficult, research reveals

Fiona Parker For The Daily Mail 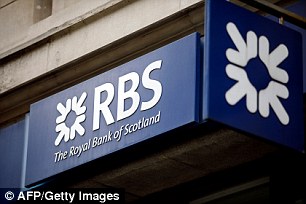 Almost one in four customers said they found the process difficult, according to consumer group Which?

Britain’s biggest building society, Nationwide, was voted next worst, with almost one in five (19 per cent) reporting a challenging experience.

Lloyds Banking Group followed, with 18 per cent of customers saying the process was cumbersome.

HSBC provided the most straight- forward service, according to a survey of 609 people. Victims of the PPI mis-selling scandal have until August 29, 2019 to make a compensation claim.

Gareth Shaw, Which? money expert, says: ‘It’s frustrating that some banks appear to be making it harder than it needs to be and claims management companies have also taken advantage of this.’

Lloyds, Nationwide and RBS say they are committed to helping customers with PPI complaints and urge customers struggling to fill in the forms to call them.

An RBS spokesman says: ‘We’ve made a number of improvements to our PPI complaints process, including enhancing how customers can get in touch and the support that is available.’