The Royal Bank of Scotland has announced it is closing 54 more of its branches up and down the country next year.

The bank, which taxpayers still own a 62 per cent slice of, said the additional closures were going ahead because it was no longer launching Williams & Glyn as a challenger bank.

The bank’s latest round of closures will be made in addition to the 162 closures and 792 redundancies announced in May. 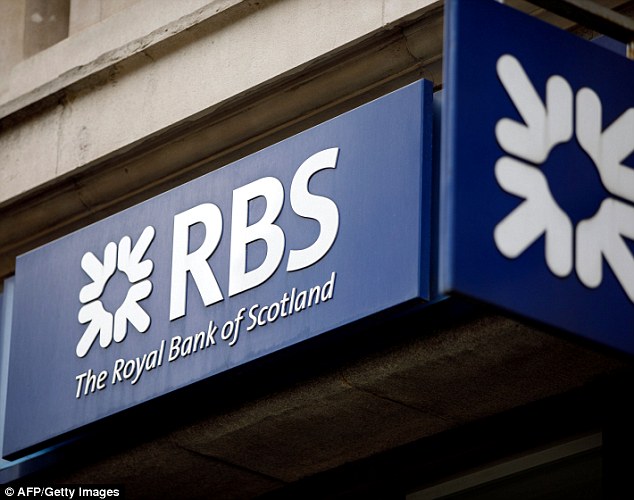 Closures: The Royal Bank of Scotland has announced it is closing 54 more of its branches

The closures announced today mean RBS will end up with just 54 branches across England and Wales.

Unite union has branded the move, which will see 258 RBS staff made redundant, ‘utterly disgusting’, claiming it will further decimate communities relying on local bank branches.

Meanwhile, rival Lloyds Banking Group will cut 380 jobs as it continues to reorganise the business, trade union Accord has said.

The move will hit staff in the bank’s commercial banking, people and productivity, and retail and transformation divisions. The reorganisation will also involve the creation of 435 new roles, which will result in a net increase of 55 positions.

‘Whilst on the face of it the plans look positive, not all existing colleagues will have the transferable skills for the newly created roles and will mean some will face redundancy,’ Accord said.

Earlier this year, research from consumer group Which? revealed that around 60 bank branches are being closed every month, risking financially isolating millions of consumers, particularly the elderly and vulnerable, reliant on cash and branch services.

In a statement, RBS said: ‘As we are no longer launching Williams & Glyn as a challenger bank we now have two branch networks operating in close proximity to each other in England and Wales – NatWest and Royal Bank of Scotland.

‘As a result we have reviewed our overall branch footprint in England and Wales and have made the difficult decision to close 54 Royal Bank of Scotland branches.’

Among the branches being closed include those located in Basildon, Bolton Harwood, Kingston Upon Thames, Notting Hill Gate in London, Swansea and Wolverhampton.

Unions reacted with fury to the news, describing the decision as a hammer blow to the disabled and elderly. 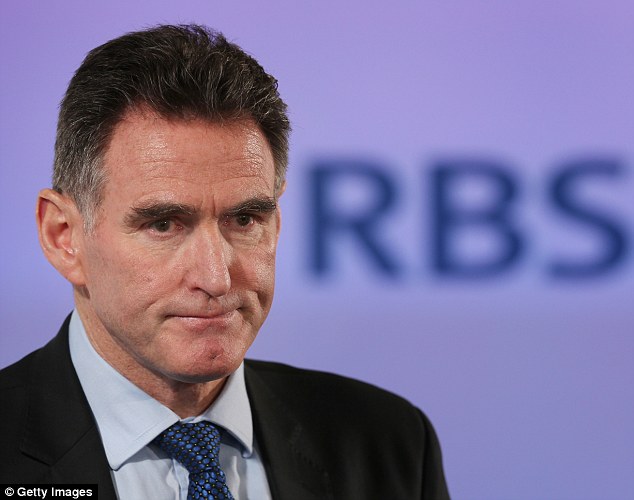 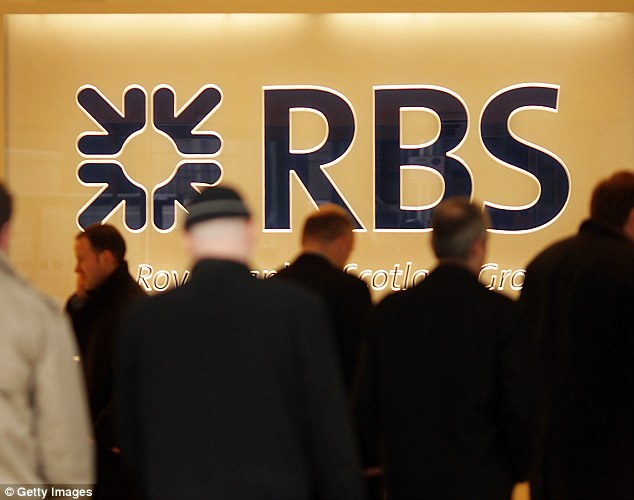 Sparse: The closures announced today mean RBS will end up with just 54 branches across England and Wales

Rob MacGregor, of union Unite, said: ‘It is utterly disgusting that Royal Bank of Scotland has the audacity to announce that yet more important local bank branches will permanently close their doors.

‘This announcement heaps further misery on communities across England and Wales that have already seen the demise of local banking services as branches that were signposted by the bank earlier in 2018 as an alternative for customers whose branches were closing, now suffering a similar fate.

‘The disabled, elderly and many local businesses will today be deeply disappointed that their bank has chosen to withdraw from their community and no longer provide them with the access to banking services which we all deserve.’

RBS said that since 2014, branch transactions across its sites in England and Wales had fallen by 30 per cent, while online customer numbers grew by 53 per cent and mobile transaction levels rose by 74 per cent over the period.

A spokesman for RBS said: ‘We will now focus on investing in our Royal Bank network in England and Wales to make sure customers have a consistent range of products and services wherever they bank, be it Scotland, England or Wales.’

RBS said it will be writing to customers affected by the branch closures to inform them about how they can carry on banking.

The group said RBS customers can now use NatWest branches for their everyday banking, such as withdrawing cash, checking balances or paying in.

In June, figures published by consumer group Which? revealed that around 60 bank branches are being closed every month.

At the time, Which? money expert, Gareth Shaw, said: ‘While the decision is clearly a commercial one for a bank to take, it is also crucial that banks do recognise the needs of their customers and the communities they serve, before simply shutting their doors – and their customers out.’