Royal Bank of Scotland showed signs of finally putting the financial crisis behind it today as the lender lifted the lid on plans to pay its first dividend in a decade.

Its patient shareholders will be handed a two pence per share payout after a 10-year wait for the once-lucrative dividend to be reinstated.

The milestone comes despite the bank’s bottom line still being weighed down by costs relating to the crash. 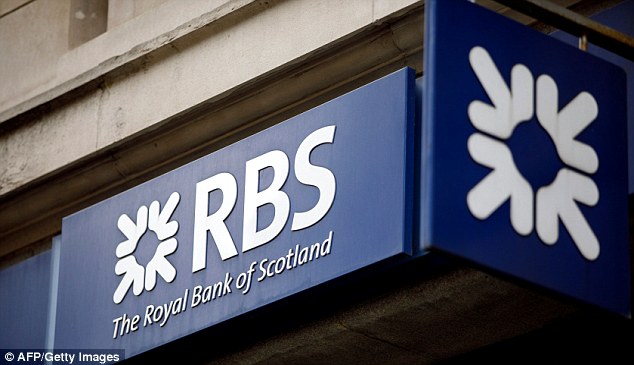 RBS used to be the UK’s 15th largest dividend payer, distributing almost £800m to its shareholders in 2007, just before the crisis hit.

RBS half-year profits fell 5.4 per cent to £888m, as it was hit by £801 million in litigation and conduct costs – part of a £3.7 billion settlement reached with US authorities earlier this year over claims the bank mis-sold mortgages in the run-up to the crash.

The bank is still more than 60 per cent taxpayer owned too after the Government bailed it out at the height of the crisis. Chief executive Ross McEwan flagged the ‘significant change’ taking its toll on the banking sector but insisted that RBS is regaining strength and positioning itself to compete.

RBS banked sales of £6.7 billion during the period – a near-3 per cent slip year-on-year.

‘We are pleased with the progress we’ve made in the first half of 2018 and see these as a good set of results in a more uncertain and highly-competitive environment,’ McEwan said.

‘We still have a lot more to do to achieve our ambition of being the best bank for customers in the UK and Republic of Ireland. However, with our major legacy issues largely behind us, we are able to fully focus on closing this gap.’

Investors welcomed the news, with RBS shares jumping 3 per cent in early trading, after sliding 7 per cent over the last three months.

Richard Hunter, head of markets at interactive investor, said RBS is demonstrating something of a return to health.

‘There have been three major hurdles for RBS to overcome, in the form of settlement of the US legacy issues once and for all, the removal of the UK government stake and the lack of a dividend,’ he said.

‘The provision for the US issues has been set aside and, once settled, a dividend payment will kick into force. Meanwhile, the government stake was recently reduced, although there is a long way to go.’